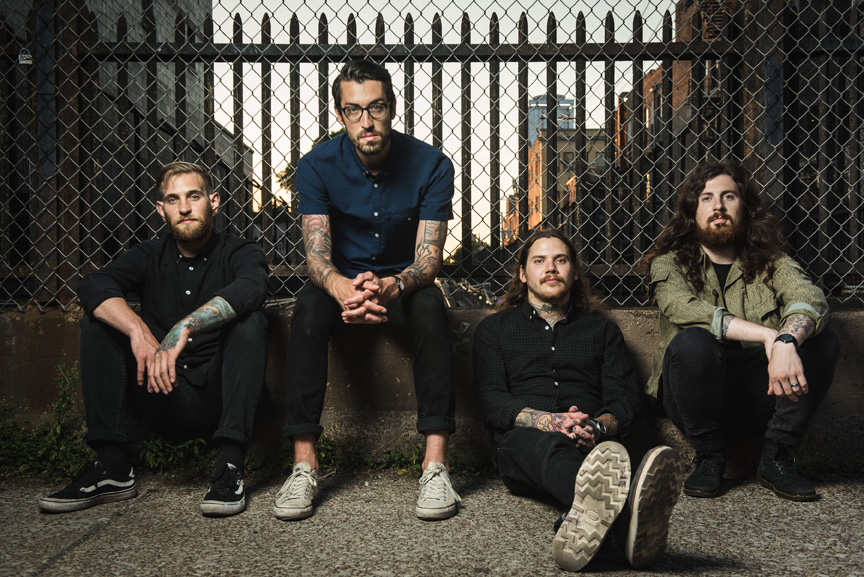 Three years after their well-received fifth studio album, 8:18, The Devil Wears Prada has shook the metal-core genre once again with Transit Blues.

Although The Devil Wears Prada is typically categorized and found under “metal-core,” Transit Blues explores and blends aspects from other genres, such as atmospheric rock and ambient rock, to create a unique sound. However, this strategy is not unfamiliar to The Devil Wears Prada, with their Zombie EP and Space EP serving as proof.

The first track, “Praise Poison” sets the mood for the rest of the album, entrancing the listener with strong, organized chaotic instruments within the first few seconds, Mike’s familiar voice joining the fray soon after. This track in particular is reminiscent of the mood in the previously mentioned Space EP.

Transit Blues finds itself worthy of its title, cluttered with emotional tracks such as “Daughter” and “Worldwide.” In fact, “Daughter” has become one of the band’s most listened to tracks on Spotify and iTunes.

Alongside “Daughter,” two other tracks that deserve attention in particular are “The Condition” and “To The Key Of Evergreen.”

“The Condition” immediately sounds different from all other tracks right at the start, approaching the listener with a more tender mood. It eventually picks up in tempo and aggressiveness, but remains emotional and heartfelt throughout. It brings to memory Beartooth’s first studio album, Disgusting.

On the other hand, “To The Key Of Evergreen” tackles listener’s relentlessly, with a repetitive, heavy instrumental backtrack complimenting Mike’s eccentric voice. This number is definitely one to keep an eye out for live due to its incredible energy. The build up for the final few moments of the track is memorable.

Overall, Transit Blues does not disappoint and deserves recognition. With well-written and thought out lyrics sung by Mike’s moving, emotional screaming partnered up with talented instrumentals, there’s not much to pick apart from the band’s sixth studio album.