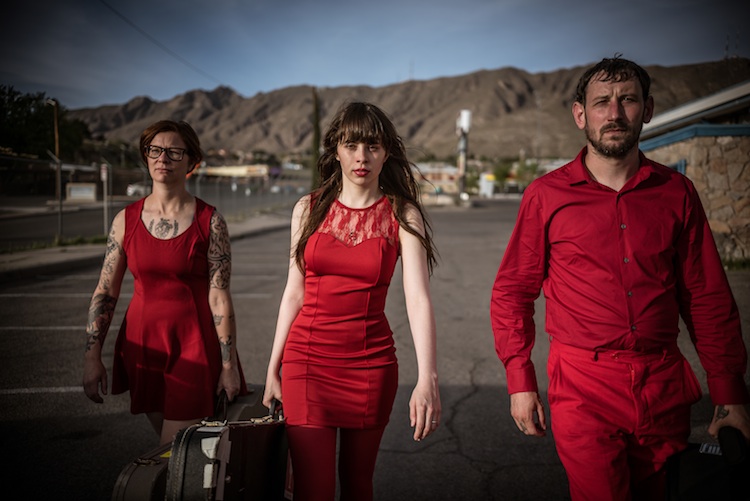 Le Butcherettes, who are in the midst of a European tour, debuted the Omar Rodriguez-Lopez directed video for “My Mallely” via Consequence of Sound.

The video was filmed in the contrasting locations of New York City and ruins within Juarez, Mexico. “The juxtaposition of the video’s setting, place and time is a roller coaster of emotional history,” says Teri Gender Bender. “Juarez. A lost city re-emerging. New York City. Feeling lost in a city that has always been emerging. The duality is a constant in every feeling and every way.”

“My Mallely” appeared on Le Butcherettes’ 2015 album, A Raw Youth (Ipecac Recordings). NPR said of the album, “[Gender Bender’s] combination of force and keen observation is reminiscent of Corin Tucker at her best, though Gender Bender’s performance is all her own,” while Noisey said listening to A Raw Youth “is what it feels like to discover Iggy Pop and Black Flag as you watch your village in Mexico get torn apart by psychological terror.”

Le Butcherettes, whose live shows are unparalleled, play Vienna this evening (full tour dates below). The Dallas Observer smartly described a Le Butcherettes’ live performance, “TGB is so free and untethered and immensely talented that she should be everyone’s hero. We can all learn something by watching someone scarily good enough to write a song like “Bang!” (which, if PJ Harvey had written it, we’d still all be talking about in hushed tones today) hopping around the stage in the style of a crab that’s having an aneurysm, a wall of hair covering her face, screaming off into the middle distance where there is absolutely no microphone.”

Reinvent The Love by GLOWW

“Reinvent The Love” is the second single from the album “Metamorphoses” by Gloww. From its …