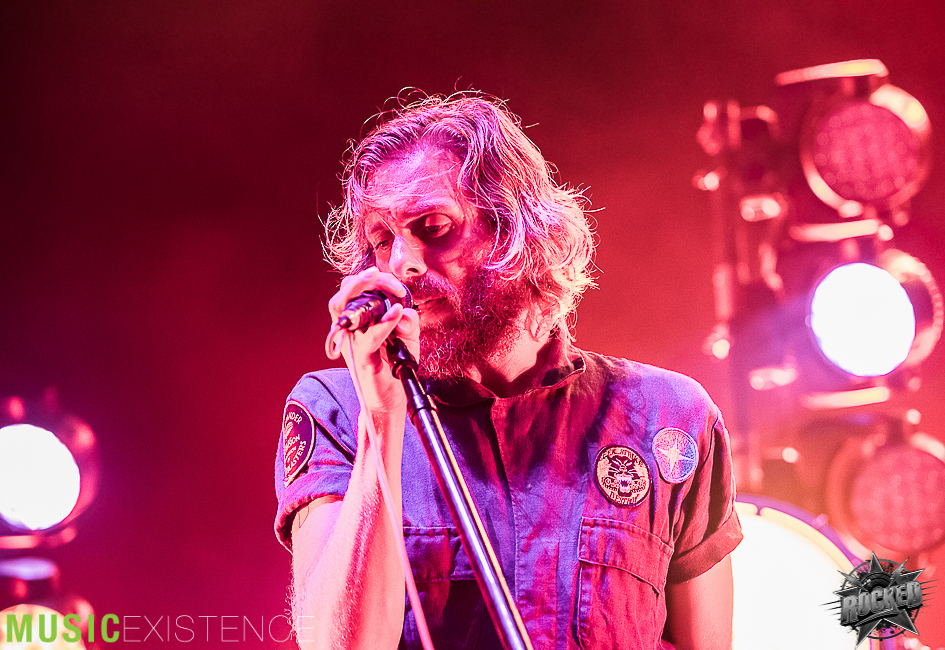 Photos of AWOLNATION on the Make America Rage Again Tour.  All photos taken by Luke Spencer in St. Augustine, FL on September 30, 2016.

AWOLNATION have been hitting the road with the dream team lineup of Prophets Of Rage throughout the US and while many people may see it as style clash, those people would understand why it fits perfectly if they saw this show live.  Aaron Bruno and company featured songs from both of their albums and demanded the crowd become involved.  Phones were held up and some of the most insane dancing I’ve ever seen in a pit happened in St. Augustine.

This was the second time I had seen AWOLNATION live and the first time since doing live photography.  Seeing that much intensity and synchronicity up close proved to me just how far above AWOLNATION is among other alternative groups today.  From the opening bars of “Run” to the closing song “Sail”, it was clear that the band new how to deliver on stage.  Along with that, it’s also rare that the lead of a big band would willingly step aside from the stage to give time for a drum or guitar solo.  It’s a rare trait now for other band members to be given separate attention.

The set ended as expected.  Loud applause and cheering as the band left stage and their equipment was taken away to set up for Prophets Of Rage.  For just under and hour, AWOLNATION proved how much of a force they were, and they contributed to one of the best tours I have seen in years.

The band’s latest album “Run” can be streamed for free on Amazon Prime.  Click any photo below to open the gallery and scroll below the photos to see the music video for “Hollow Moon (Bad Wolf)”.

I am an album reviewer, band interviewer, concert photographer. At least once a week I review a new album in the rock genre the week it comes out (anything from alternative to metal). Check out my site at www.rockedreviews.net and my twitter feed @rockedreviews"
@http://www.twitter.com/rockedreviews
Previous Album Review. Annmarie Fox: i.AM.Vixen
Next ZARDONIC Flexes His Metal Muscle With “Pure Power” Lyric Video