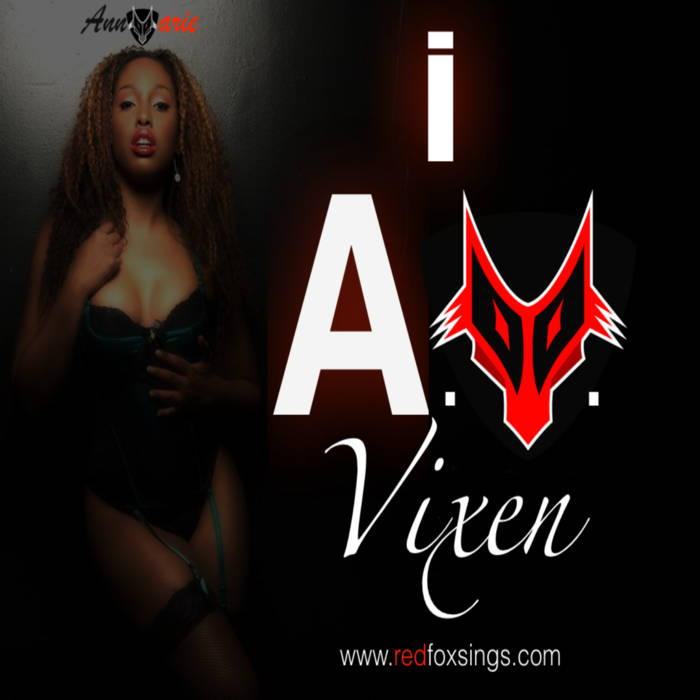 Just from the title of the album alone, i.AM.Vixen, one can see that Annmarie Fox is ready to make a bold impression on listeners, and put out something completely different from her last single. The effort doesn’t always work in her favor, but the album is still worthy of a listen.

The record gets off to a strong start with “Give It 2 U.” “We’ve been friends for a while and I won’t deny the feelings you make me feel,” Fox sings with a commanding force to her voice. It’s a slow burning song and short, just over two minutes, but Fox manages to make the best of the time letting her vocals shine against sparse instrumentation, and it has an R&B flair that sounds retro but still fresh in 2016. This particular track sounds the most like her last release because it retains a bit of a theatrical flair to it, but it’s more gritty, more Beyonce like, and it sets up the rest of the album. Fox is in the game to win it, and while not all the tracks live up high standards of her last single, “Give It 2 U” shows that Fox still has the ability to wow listeners.

Next up is “iYay” which has an electronic manufactured feel and the groove of the chorus has a very 90s vibe. Fox most importantly has amazing vocal abilities and it is on slow jamming tunes like this where her talent is really able to take center stage and have a spotlight shine down on her. In fact It is her theatrical voice that helps separates her from other R&B artists in the current musical landscape. Slightly off the beaten path of top 40 radio airplay Fox carves her own little niche, displaying both assertiveness and fragility. One can hear the yearning in her voice, determined to make the man she is interested in be with her and this domination combined with her sultry performance sells the track.

The best tune on the album is “Cloud 10” which is an uptempo peppy number with a more worldly sound. The quick delivery on the verses by Fox is refreshing and while the song may sound light its content delves into how every man Fox is interested in is attached and how badly that feels. It is the most relatable song on the entire record, playful in its instrumentation but deeper once one really pays attention to the lyrics. This is the most straightforward top 40 radio friendly song on the album, again balancing the retro and modern sound perfectly. It’s the type of tune one can’t help but jam to when it is played and the track most likely to get stuck in one’s head. The best of the crop it shows that Fox can change up her sound a bit, turning more mainstream but never losing herself.

Unfortunately when Fox tries to get too modern she loses what is special about her music. Jack Sledge’s verses on “Na$ty Girl” only lowers the quality of the song which is already trying too hard, right from the dollar sign in the title. “Boom The Hazmat Remix” has a bit of a Bollywood sound that is cool, but the rapid fire delivery doesn’t suit the tune and it actually feels a little dated, while the purely electronic sound of “Cyberfantasy” is a little too on the nose though Fox’s vocals are still good.

All in all when Fox isn’t pushing too hard the songs on the album flow naturally and those are the moments this reviewer is holding on to.