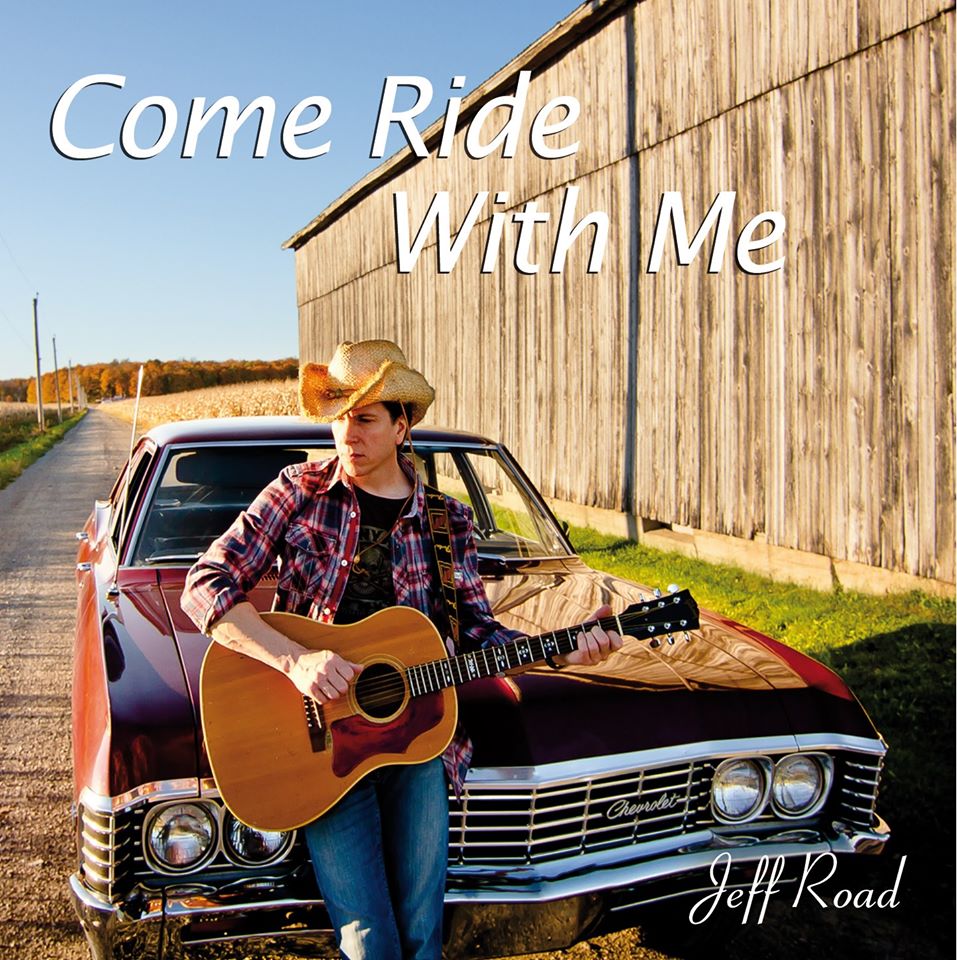 Jeff Road – Come Ride With Me

Jeff Road – Come Ride With Me

One of the real beauties of Jeff Road’s first solo album is its unassuming charm. So many of the songs, despite a slightly melancholic hue, never tumble headlong into despair and, instead, wash over listeners like a warm wave. The ten songs on Come Ride with Me are cut from a similar cloth and not a single one isn’t distinguished by his deeply felt vocals and often powerfully insightful lyrics that sound personal, yet never fail to strike an universal note. His mastery of the genre’s songwriting themes is complete and he has enough confidence in his abilities as a musician to surprise listeners with a couple of musical turns that he carries off with the same confidence and aplomb.

He starts things off with “Your Return”. It’s clear, musically and lyrically, that the “Your” in this song isn’t exactly an unambiguously good presence in the narrator’s life, but their allure is impossible to deny. Road sings like a man mired in a bit of a haze and further underlines the narrator’s allure. The first song lays out a musical formula that Road, for the most part, sticks with throughout this release. “Watching Cars Go By” is one of the album’s most beautiful songs. It’s clearly a track about memories and often rather moving. The song is awash in a bit of melancholy, but it’s more bittersweet than depressing. Road’s introspective side gets an airing at multiple points throughout this album but they are rarely more affecting than they are here.”All Right” has a gently climbing quality building to a memorable chorus that Road handles with expert skill. He knows, at every turn, how to bring just the right amount of emotion to every song on this release and particularly excels on songs such as this.

The first of two surprising turns comes with “She Changed Her Mind”. It’s a clever song about heartbreak turning on a bit of dark humor, but the grief is never far from the surface. There’s also a fair amount of determination here too reflected in the hard-nosed rockabilly approach he takes with the song. Much of that approach carries over to the next song “Solitary Man”, but the pose isn’t quite as pronounced as before. The lyrics are exceptional though and Road does a great job dramatizing them. His nod to social issues on “Heat (Let’s Save Earth)” might seem a little stilted to some, but he crouches his environmental message in another sturdy nod to blues and rockabilly and keeps things quite lean and tasty. The album’s climax comes with “Tonight”, a stormy and moody minor masterpiece with reverb laced guitars and Road’s greatest vocal on the album.

Come Ride with Me is impressive on every front. Jeff Road is a singer who can absolutely handle any material in the genre, shows a willingness to experiment as a songwriter, and isn’t afraid to depict the full range of human emotions and experience. His ten song debut is one of the best albums in recent memory emerging from the Americana genre.