Home / Album Reviews / Green Knuckle Material – Back To Your Roots 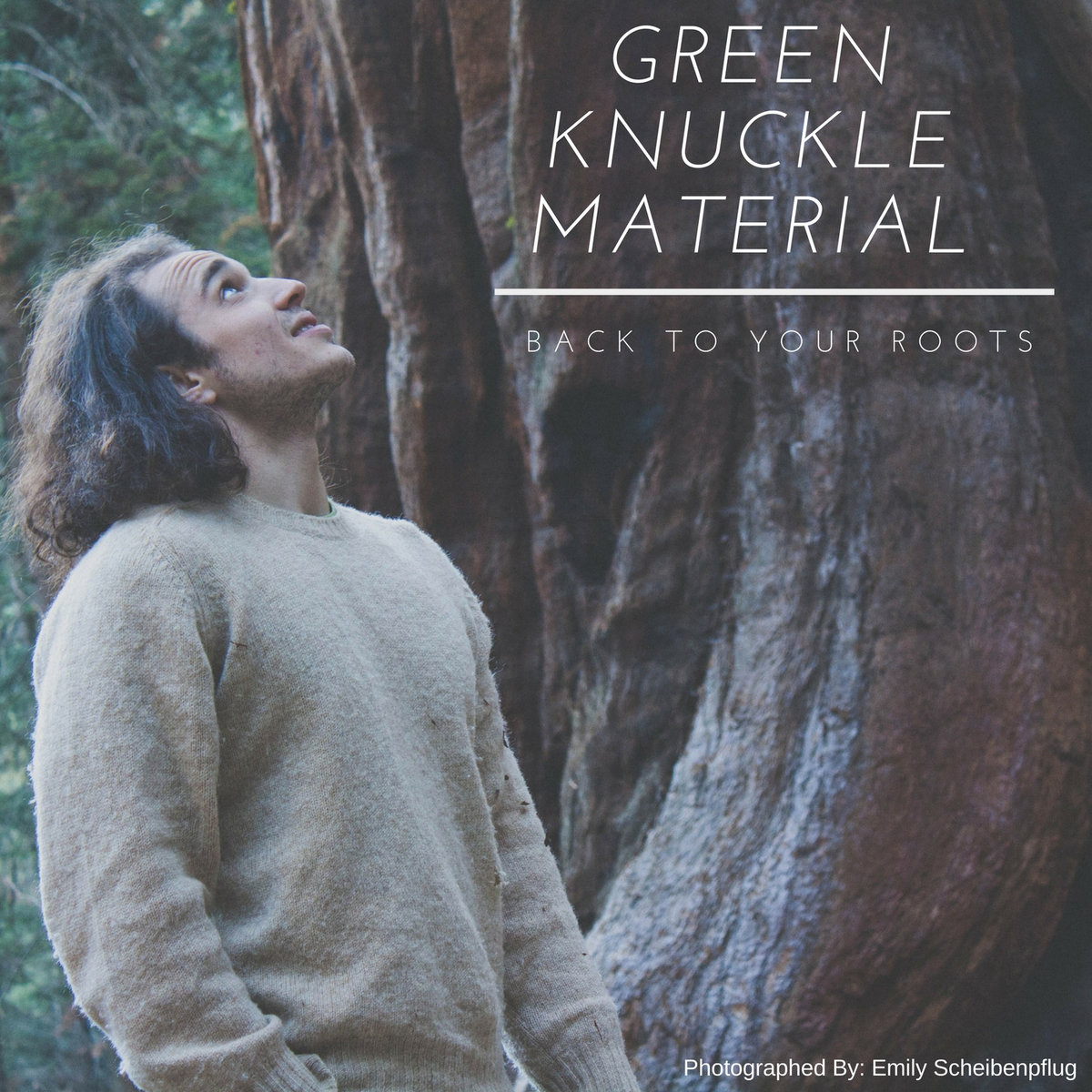 Green Knuckle Material – Back To Your Roots

Album: Back To Your Roots

Best Songs: Rebels on the Run, Wake Up (Space)

Green Knuckle Material is a four-piece rap/rock band from Bergen County, New Jersey that features Chris Basso on lead vocals, Dan Ravenda on bass, Matt Dominno on drums and percussion, and Mike Digiulo on guitar. This album, titled “Back To Your Roots” features guest vocals from Jenna Rose and was released September 15th. The band has garnered a fair amount of popularity within the New Jersey area and is set to play a string of local shows throughout the upcoming weeks.

Although “Back To Your Roots” is certainly not a landmark, defining album for this young and optimistic four-piece of aspiring musicians, the eight lo-fi, raw, and muddied tracks that it presents are filled with fresh sounds and creative potential. If one is able to get past its rough edges and apologetically DIY constraints, what can be understood is that the sound on “Back to Your Roots” is unique, dynamic, and suggests that particular quality of personal character which can make lo-fi, basement-produced albums some of the most intimate and appreciated music around, even if they only cater to cult followings or a limited, localized audience. Part rap, part rock, the front of the album seems to showcase more of the rap side of Green Knuckle Material’s sound with songs like “Childhood” and “Mystified” while the latter section of the album is a bit more rock-centric with tunes like the alternative-esq “Wish You Well” and the aggressive, tearing attack of “Wake Up (Space)”. Upon reviewing the album in its entirety, it can be reasonably stated that the band doesn’t seem to do one any better or worse than the other; the alternative sound and the rap sound compliment each other well, and “Back To Your Roots” isn’t dominated by either. Including Jenna Roses’ guest vocals in the fifth track, “Rebels on the Run” was an excellent choice and really served to make that particular song stand out among the others. A more alternative-centric piece with a few rap verses from Basso, “Rebels on the Run” has a well written main melody and is probably one of the most significant displays of quality musicianship on the entire album. The lo-fi, raw, and youthful nature of this band is comparable to some of the earliest releases from bands like the Red Hot Chili Peppers or the Beastie Boys; the mediocrity and technical constraints are abundantly clear, but at the same time, the music indicates its potential through the fact that it isn’t terrible. It is at this level that Green Knuckle Material’s “Back To Your Roots” sits.

This album sounds like four dudes in a basement. Clear and simple. The musical skills are limited, and the production quality is not good, to say the least. While Basso’s flow is respectable and genuinely interesting from a lyrical standpoint, the vocals on the album are pretty dull-sounding, save Jenna Roses’ display on “Rebels on the Run”. The rapping is okay, but none of the members of this band can really sing; most of the vocal sections on the album are very mediocre, part of which can probably be blamed on the production limitations, but another part of it is from the fact that Green Knuckle Material isn’t a band with the greatest musical chops. Basically, the album has a very raw and youthful sound to it, but the production quality and the sound can be so stale at times that it can take away from the music which, taking into account all the band’s constraints, is probably their greatest asset.

Green Knuckle Material isn’t a band of seasoned, experienced musicians, and “Back To Your Roots” is a lo-fi, rough cut of an album. However, despite all they lack, the one thing this band does have is originality; they might not be experienced musicians, but they know how to write good songs, they might not have the clearest sound, but they do have a dynamic and creative sound. Finally, while the album presents itself as four men in a basement attempting to be a band, it legitimately gives merit to that attempt by demonstrating a collection of music that, for everything it is lacking, is filled with potential. A lot of respect should go out to this band for creating “Back To Your Roots”. They should be very proud of what they have accomplished, as any independent artist should.