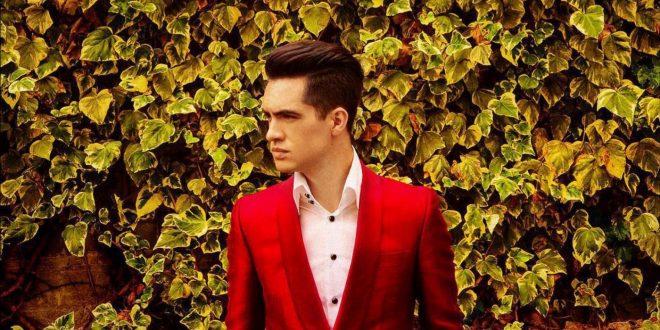 Panic! At The Disco today announced that they will embark on the Death Of A Bachelor Tour, a headline U.S. arena run in celebration of the success of their gold-certified fifth studio album Death Of A Bachelor, supported by MisterWives and special guests Saint Motel. The 35-city tour kicks off February 24 in Uncasville, CT and wraps on April 15 in Sunrise, FL making stops at major venues including New York’s Madison Square Garden and L.A.’s The Forum. AT&T is sending customers to the front of the line with AT&T priority pre-sale ticket access beginning on Monday, September 26 at 12 p.m. (Noon) local time through Thursday, September 29 at 10 p.m. local time via the AT&T THANKS program. For complete pre-sale details visit att.com/frontoftheline. Tickets for the general public go on-sale starting Friday, September 30 at 10 a.m. local time on LiveNation.com.

Earlier this summer, the Recording Industry Association of America honored Panic! At The Disco with the gold certification of their album Death Of A Bachelor for exceeding 500,000 units sold.

Death Of A Bachelor was one of only eleven albums released in 2016 to receive an RIAA certification this year, and the only alternative genre release to reach this milestone. The album also spawned RIAA certified gold singles “Hallelujah” and “Victorious.”

Death Of A Bachelor is available now HERE via DCD2/Fueled By Ramen/Crush Music. The New York Times praised the album saying,”[it] evokes both the flamboyant swagger of Queen and the mechanized gleam of Daft Punk.” P!ATD’s summer co-headline tour with Weezer played to more than half a million fans and was a critical success with media praising their live show as “explosive, anthemic” (Pollstar) and “action-packed minutes of skyscraping vocals and inventive visuals” (Indianapolis Star) while calling Urie’s showmanship “[a]Freddie Mercury-channeling vision of modern rock ‘n’ roll excess” (Milwaukee Journal Sentinel).

Produced by Jake Sinclair, Death Of A Bachelor marks the first release from Panic! At The Disco in nearly two years, following 2013’s acclaimed Too Weird To Live, Too Rare To Die!. Aside from debuting at #1 on the Billboard 200 Chart, the album has produced five top 15-charting hits on the Hot Rock Songs chart with “Hallelujah,” “Emperor’s New Clothes,” “LA Devotee,” current single “Don’t Threaten Me With A Good Time,” and the album’s energetic, lead single “Victorious” charting Top 10 at Alternative. The band will be on TBS’ CONAN tonight at 11 p.m./10c performing the album’s title track.

Panic At The Disco Tour Dates

Previous Zoe Nutt – Like You
Next Album Review: Crobot – Welcome To Fat City