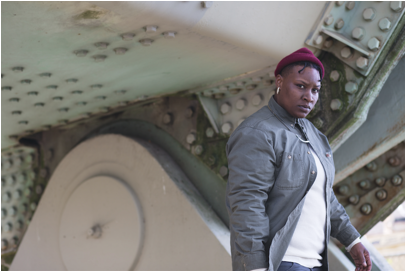 The clip, which features The Last Artful, Dodgr’s energetic and captivating performance of the song amongst both the gritty backdrop of downtown Los Angeles and the sleek, cold space of a photo studio, expertly matches the song’s own unique style. The song itself showcases Dodgr’s transcendental vocal work and rhymes over Von Tally’s laid-back, spacious beats that tell the story of her past, present and future. The video, which showcases Dodgr’s unique street style and was directed by Tim Slew of Soundlapse, culminated in an unexpected ending.

The Last Artful, Dodgr & Neill Von Tally a buzzing duo, based in Portland, OR. With beats and production handled by Von Tally, their music features Dodgr’s unique take on Hip-Hop and R&B. The sonics take listeners on a journey, telling the story of the life of a blue-collar worker, balancing a discordant home life and relationships with life lessons learned along the way. Dodgr’s voice is a threat in every dimension; equipped with memorable melodies, an agile flow, and puckish, often ostentatious wordplay. Previously, Dodgr and Von Tally released a debut EP Fractures in 2015, followed by the Rare Treat EP in early 2016, which was a collaboration with Myke Bogan. This spring, The Last Artful, Dodgr released her solo single “Squadron” to acclaim. Dodgr’s music has received praise from the likes of Pigeons and Planes, Earmilk, Milk, 2dopeboyz, Uproxx, Beats1 and more. The Last Artful, Dodgr & Neill Von Tally are currently gearing up for the release of their debut full-length project, due for release later this fall.