The Toronto indie-pop band Ginger Ale & The Monowhales has announced that their debut EP BANG will be released on 10/14. The record’s first single “Home” and it’s accompanied video racked up over 200,000 views in seven days on Facebook, landing them some airtime on Global News, Sirius and even a shout out from the mayor of Toronto, John Tory. Their music is as fun as their name, with memorable hooks and high-energy tracks that might end up on a Spotify playlist alongside The Flaming Lips and Sleigh Bells.

“This is a record we’ve been piecing together for a long time,” says drummer Jordan Circosta. “We wanted to make something that bangs, something that clangs. Something that shows us at our happiest and most carefree, but also gives a taste of the darker side of things. We’ve had a lot of time to get to know each other and learn to make music as an ever-evolving group of friends. What you hear is the old and the new, side by side. Some of these tracks are songs we’ve been playing live for years, others have never been heard before. This is a thank you to everyone who believed in us when even we had lost hope, but this is also a nod to the future. We have a long road ahead of us, and no plans to slow down.“

About Ginger Ale & The Monowhales:

Ginger Ale & the Monowhales are a five-piece indie pop/rock band from Toronto, Ontario known for their onstage antics and raucous performances. Carving out a niche with their high energy, Flaming Lips-esque live show, the Monowhales quickly made a name for themselves in the local scene. Since their debut EP “HA!” was unveiled in 2014, the band has gone on to release three new singles and two music videos, as well as play in support of heavyweight acts such as FIDLAR, Electric Six, Hank and Cupcakes, and In-Flight Safety. Packing Toronto’s legendary Horseshoe Tavern for their last two releases, the Monowhales have also headlined bills at venues such as Lee’s Palace, The Horseshoe Tavern, and The Silver Dollar Room.

Ginger Ale & The Monowhales released their first single “Out Of My Head” in 2013 to acclaim from UK’s Independent Music News (“Bands To Look Out For In 2014/Twenty Independent Canadian Acts”). Better known at the time for their barn-burning live performances than for their recordings, the band had already played stages such as The Horseshoe Tavern, The Silver Dollar Room, and PRIDE 2013. It wasn’t until the release of their self-produced studio effort “HA!” that the Monowhales also began to receive attention for their recorded music.

In April 2015, Ginger Ale & The Monowhales’ sold out Toronto venue The Smiling Buddha to celebrate the release of their single “Blue Balls”. The track went on to be featured in The Main’s Top 10 New Tracks This Week alongside Braids, Father John Misty, and De La Soul. Multiple sets at Canadian Music Week, headlining slots at Lee’s Palace and The Silver Dollar Room, and performances supporting FIDLAR, Electric Six, Hank and Cupcakes, and In-Flight Safety were to follow.

The band’s next release, a single/video entitled “Looking Simple”, was shown at the Reel Indie Film Fest and celebrated with a sold-out show at Toronto’s legendary Horseshoe Tavern. Riding high off one of their best shows to date, the band began work on their upcoming EP – “BANG”. However, with demand for another show at an all time high, the band took a break from recording to release an only just finished song called “White Walls”. Once again selling out the Horseshoe Tavern, the Monowhales established themselves as a force to be reckoned with.

With the EP complete and slated for release on October 14th, 2016, the band released their newest single/video – “Home”. With over 200,000 views in the seven days, the song and video became an internet sensation that landed the Monowhales airtime on Global News, Sirius XM, and CP24, as well as write-ups by Notable.ca, 102.1 The Edge, and Kiss 92.5 and a direct mention from the mayor of Toronto himself – John Tory. With a tour of southern Ontario planned for the fall, the Monowhales are gearing up to hit the Horseshoe Tavern on October 14th for one more performance before getting out on the road.

Connect with Ginger Ale & The Monowhales: 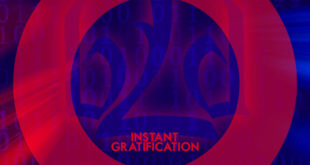