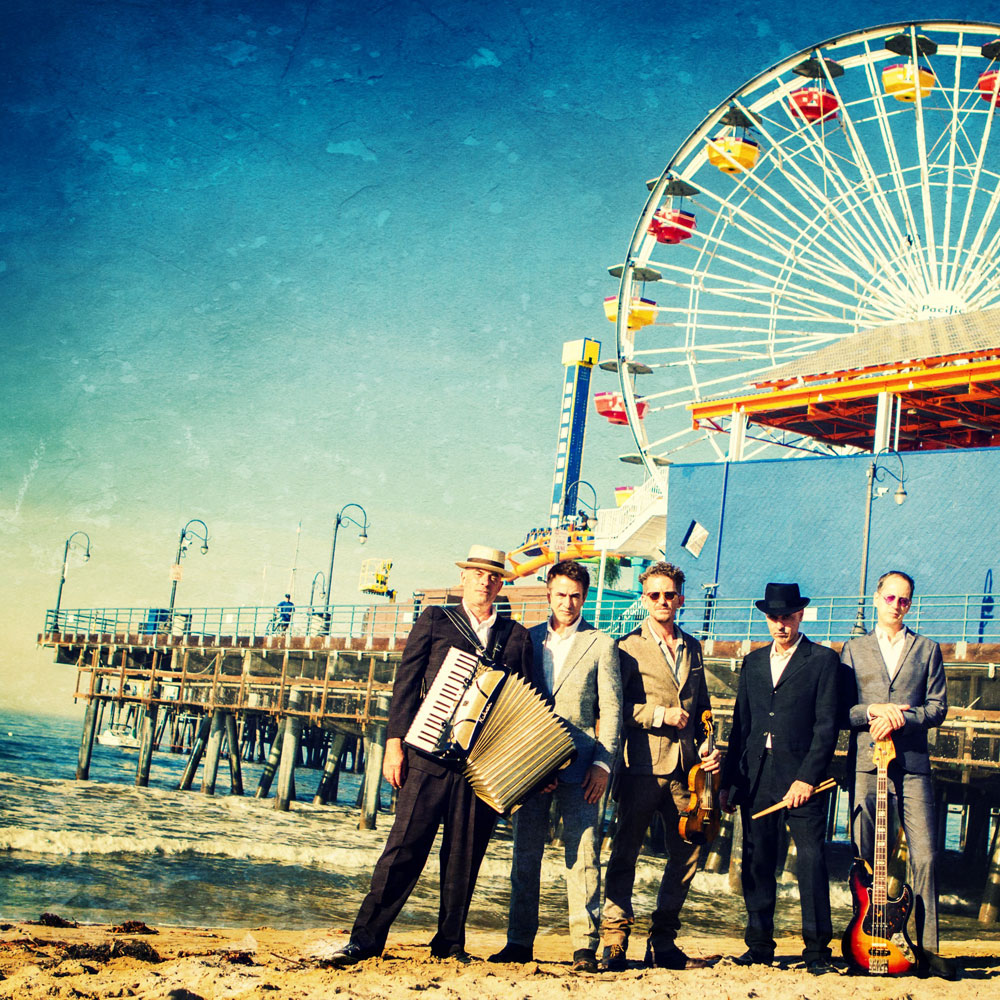 The first single from Cranky George’s debut full length delivers as intended. “Nighttime” is a vivid menagerie of sound and words that recalls the past without ever being its slave and lays down a bold new sound for the future informed by the past. The band has an impressive résumé. Accordionist and vocalist James Fearnley, long time member of legendary band The Pogues, is the vocal and creative lynchpin in some respects, but Kieran and Dermot Mulroney are his long time collaborators and this multi-instrumentalist duo has been acquitting themselves to genius effect for years on a variety of recordings. Their time together during the nineties as members in The Low and Sweet Orchestra is still fondly remembered by aficionados of singer/songwriter music with a distinctly national edge. It isn’t nearly as pronounced here as it might have been in some Pogues songs, but even a cursory listen to “Nighttime” illustrates that Cranky George draws from the same general musical well.

Van Morrison could have essayed this song to dramatic effect, but the vocals are quite spectacular. The deliberate mid-tempo structure of the song gives a singer ample opportunity to invest the song with their presence and the chance isn’t squandered here. The singing matches the instrumentation quite well and neither force attempts to overwhelm the other. The production is a big reason for this, naturally, but the more crucial factor is that Cranky George quite clearly sees themselves as a cohesive band rather than a vehicle for one vision. This results in quite an unified performance that the people in the booth underscore with their own sharp attentiveness to the band’s sound.

The sound is largely a weave of traditional four and five piece instrumentation, but Cranky George reaches outside the usual paradigm in unexpected ways. The song promises numerous climatic moments, but they come in understated increments until near the end when the addition of brass heralds the end. They bring the song to a memorably rousing conclusion, but they earn that final moment n a variety of ways and no listener will feel pandered to. These are professional musicians with the vision of architects and they practice their craft with a steady, tasteful hand that never overreaches.

Cranky George opens the public’s attention to their new album with a great single. If even half the album approximates “Nighttime” in quality, this project should be considered a substantial success. The truth is, however, that this is just a likely nibble of the wonders that await people when they spin through the track listing for the first time. Fearnley and the Mulroney Brothers, along with recent additions Brad Wood on bass and Sebastian Sheehan Visconti on drums, hit all the expected marks and more with the release of this first single and seem poised to build on the spectacular history preceding their formation. This Los Angeles based unit can already lay claim to being one of the best working bands today and this release will likely cement themselves a position among the most sought after live acts on the circuit today.