Band performance times and the official festival Pre-Party have been announced for the third annual LOUDER THAN LIFE, October 1 & 2, 2016 at Champions Park near downtown Louisville. The annual destination festival celebrates the region’s culture and cuisine, and features award-winning bourbons and spirits, Gourmet Man Food, craft beer and some of the biggest names in rock music.

LOUDER THAN LIFE 2016 features Slipknot and Avenged Sevenfold–headlining together for the first time ever–topping a mindblowing music lineup of over 35 bands on three stages, with performances from Disturbed, Korn, Slayer, The Cult, Ghost, Rock and Roll Hall of Famers Cheap Trick, Pierce The Veil and many more.

LOUDER THAN LIFE attendees will have the chance to meet some of their favorite musicians during signings hosted by The Music Experience, FYE and Monster Energy. Check here for signing times.

The weekend gets underway on Friday, September 30 with the official LOUDER THAN LIFE Pre-Party at theFourth Street Live! entertainment complex with LOUDER THAN LIFE band Them Evils, along with some of the best local rock bands from the Louisville area. The Pre-Party is FREE and is open to the public. Look for more details to be announced soon here.

LOUDER THAN LIFE general admission and VIP tickets, as well as hotel and camping packages, are on sale now at louderthanlifefestival.com.

Festival attendees are also invited to the Chef Edward Lee Dinner With Shannon Gunz at the Wine Studio at 610 Magnolia Restaurant. The dinner will be held Friday, September 30 at 7:00 PM, will feature a specially created menu by Louisville’s very own celebrity chef Edward Lee, and will be hosted by SiriusXM’s Shannon Gunz. Purchase tickets here.

Hotel discounts are available through Curadora. Camping and VIP packages can be purchased at louderthanlifefestival.com.

Previous Interview with Molly Portier of Blonde Roses on the Premier of “Bullet” Music Video
Next Gallery: Illphonics at LouFest in St. Louis, MO on 9.10.16 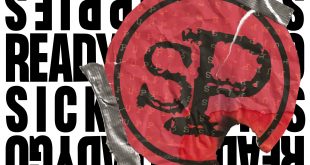 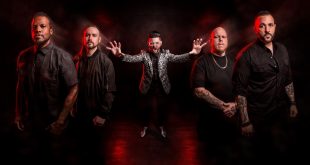 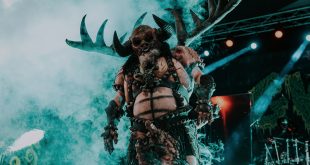