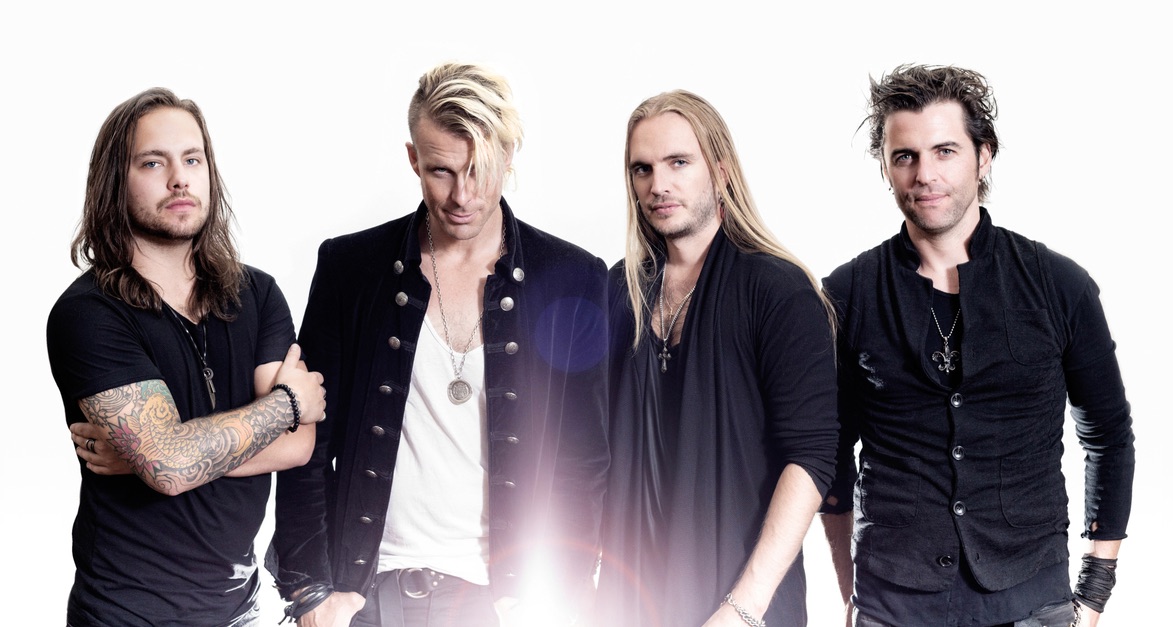 While he’s quite the charismatic and talented musician, if you listen to Jonny Hetherington describe his career path, it’s hard not be surprised by how fortuitous it has been. After turning to music as a way to vent his emotions at a young age, Hetherington went from busking on the streets of Vancouver to fronting hard rock outfit, Art of Dying. The rest has been a whirlwind.

After a delayed flight changed our plans to chat on the phone, Hetherington took the time to quickly answer a couple of questions from Music Existence while on tour to support Art of Dying’s Nevermore EP (read ME’s review here).

ME: Starting from the beginning, when did you first become interested in music? Is there any moment in particular that stands out to you? What was your first instrument played?

JH: I was musical from the start—lots of singing at home around the piano. I wrote my first song at a very young age when my mom convinced me to pour out my emotions after a conflict with another kid at school instead of bottling them up.

ME: Why rock? What does it mean to you?

JH: Rock has always spoken to me as a pure form of expression. It’s freedom like the open highway (which I’m on right now somewhere between Dallas and Austin on tour).

ME: Any cool stories from your days busking?

JH: Busking was a great place to hone my skills and more importantly, perform in front of real people. Sometimes passerby would stop and listen for a bit, and we’d get into some great conversations, but most often it would be a police officer telling me to move on.

ME: How you do go from busking to founding The Art of Dying and starting the band’s journey?

JH: Actually, a band of guys that were looking for a singer found me busking on the street singing and that lead to the start of everything.

ME: Nevermore [was just released earlier this month], and I was wondering how you’d compare it to your past work. From my end, it seems a bit harder but still fairly uplifting.

JH: I love the NEVERMORE record. It’s pure Art of Dying. It’s so fulfilling for us to work on these songs and finally get to share them.

ME: What was your inspiration for the album (tracks “All or Nothing” or “Torn Down” especially)?

JH: Tavis Stanley (guitarist) and I wrote “All Or Nothing” in Nashville after a crazy night of partying. At that time in our lives we had left Warner Bros and were about to get in bed with Eleven Seven which really fired us up to write some life-changing songs. “Torn Down” was inspired by a YouTube video made by Amanda Todd who was put in a horrible position by an online predator and eventually committed suicide. It was a big story near me in Vancouver, and it really affected me.

ME: Could you describe the songwriting process for the EP? I saw you guys are fairly spread out and was wondering how that factors into the process.

JH: We wrote in Nashville, [and] back in Canada on Skype or FaceTime sessions. We’re utilizing technology to bridge the distance gap. It worked so well that we’ll probably do a lot more of it in the future.

ME: You guys have been able to play with a lot of big acts in the rock industry. Who would you say you’ve met that you look up to the most? And what would you say is one of the biggest lessons you’ve learned from them whether it comes to performing, music, or just life as a musician in general?

JH: Watching Disturbed side-stage every night for a few tours has been Rock 101 for us. Touring bands like Shinedown and Avenged have taught us a lot as well. Oh, and doing the UK with Seether was an unforgettable experience.

ME: You’re embarking on an extensive tour. How do you mentally prepare to be on the road for so long? Do you have any pre-show rituals?

JH: We just throw ourselves in and go for it. Each show changes and get better. I try to get loose with a little yoga, warm my voice up, and then crack a few beers.

ME: How did you select your supports for the tour?

JH: Children 18:3 and Letters came across our desk through our agent and managers. We like them both and handpicked them for the tour.

ME: And then how do you unwind at the end of the day?

JH: We try to meet every fan at the end of a show. Once the lace clears out we usually have a beer with the staff or try and find a pub.

ME: What can show goers seeing Art of Dying for the first time expect at one your gigs?

JH: We bring a lot of energy, a lot of rippin’ guitar and of course our three part harmonies.

ME: I also saw you have a hot sauce business. I was wondering if you could tell me a bit more about that.

JH: I love cooking and food in general and started making my own habanero sauces about five years ago. I finally was able to launch the company legitimately last fall and we’re now in 60 stores including Whole Foods markets in western Canada. It’s been a fun ride so far. Check it out at www.jonnyhetheringtonessentials.com.

ME: The hot sauce business and your recipes online make it seem like you’re someone who enjoys finding new foods or at least places to eat. What’s your favorite thing to eat – and how do you find good places to eat while on tour?

JH: I like a lot of foods, seafood, cheeses, [and] BBQ. I’ve been on a search for America’s best burger for the last few years, which has been tasty.

Want to know more about Jonny or Art of Dying? Check them out on tour or at the following links!

Previous Gallery: Vulfpeck at Brooklyn Bowl in New York City on 9-10-2016
Next Interview with Molly Portier of Blonde Roses on the Premier of “Bullet” Music Video 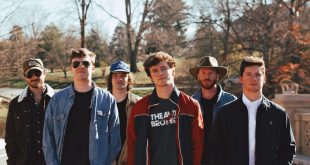 The Highlanders are a five-piece alternative country folk band from Louisville, KY. After being a college …