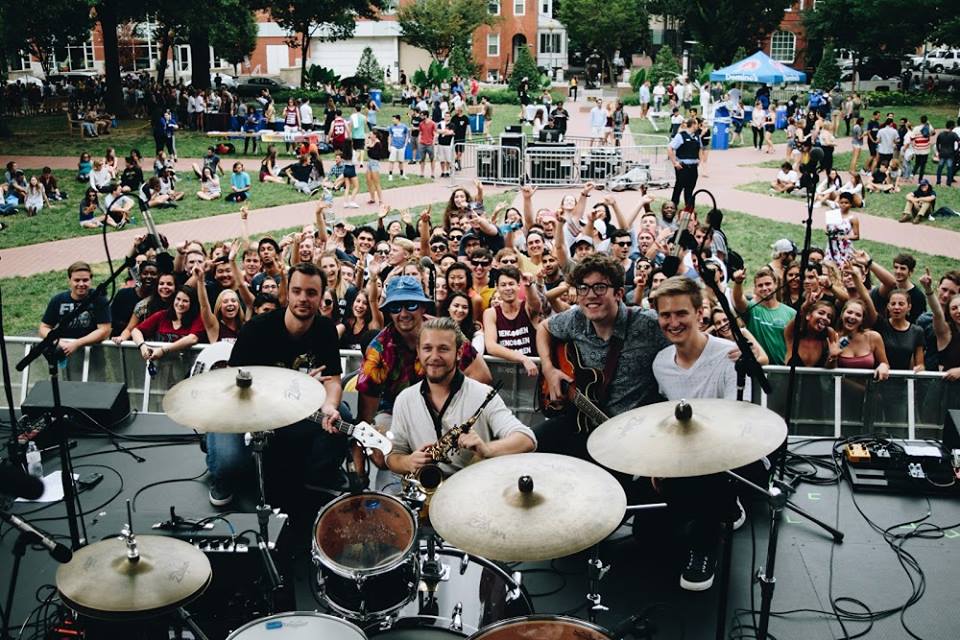 Bencoolen Takes Over the GW Fall Fest with Stellar Performance

Bencoolen put on an impressive show at the GW Fall Fest this year, on September 3rd, in Washington D.C..Taking the show by storm, this was my first time venturing out to see the band. The group have released earlier this year, their newest EP effort, In Color, and during this very special performance, instantly proved they are a band that is breaking out in DC and beyond.

Their blend of ‘maximalist’ Rock as they call it, is combined with an ambitious stage performance that will soothe your soul. Singer Paul Gregg’s voice is EPIC as it drives the songs to a whole new level. Bencoolen’s live performance is perhaps one of the tightest I’ve ever seen. They also play with a strong energy that instantly lights up the stage.
Highlighting tracks from their new EP, the group plays with the intensity of old pros, with a stage presence that is equally as remarkable. From start to finish, their set was impeccable, as they held their own. Their passion comes to life on stage, which is nice to see from an up-and-coming band. Bencoolen makes the DC scene proud!

Stephen Vicino is the founder of MusicExistence.com. He created this site to give talented musicians a voice and a way to be discovered.
@@svicino
Previous The Retakes – Trash (EP) Review
Next Civil Youth Announce ‘Behind the Echoes’ Tour & Release “Follow Me” Live Performance Video