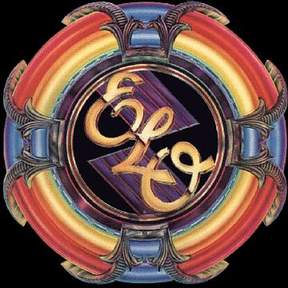 For fans of ELO, this third night of Jeff Lynne’s collaboration with the Hollywood Bowl Orchestra (under the direction of Thomas Wilkins) promised to be a musical match made in heaven — or at the very least, a benevolent gift from Mr. Blue Sky. Lynne’s original Electric Light Orchestral vision of Chuck Berry-styled old time rock & roll, mixed with classical music inspired orchestrations, just can’t be pulled off with your standard, guitar, bass and drums rock & roll combo. And tonight, the ever-bearded-always-wearing-sunglasses-at-night one had the necessary sonic elements to create his unique, strange magic live.

Lynne may be an in-demand mover and a shaker in the music business, having produced everyone from Tom Petty to George Harrison. But while performing, he’s neither a literal mover, nor much of a shaker. He spoke few words, and occasionally gave the packed outdoor venue double thumbs up as his symbolic way of saying ‘thank you.’ It’s one big reason why the concert’s spectacular special effects provided necessary visual appeal. Multiple lazar lines reached out into the audience like outstretched tentacles in rainbow 3D movie scene, while smoke rose from the theater’s middle section and drifted like grey clouds contrasting with Hollywood’s dark, (literal) starless night sky. At one point, the Bowl’s famous shell outer rim acted as a movie screen showing the fires of hell rising ominously during “Evil Woman.”

This audience was speckled with grey-haired, middle age men – many wearing prized Beatles t-shirts. So when the graphic of a rotary phone appeared behind Lynne and his fellow musicians, this antiquated communication device was all too familiar to the gathered throng. Many may have been in the same aging demographic as Lynne, yet all these road miles couldn’t keep large numbers of these enthusiastic fans from jumping and singing along to hook-filled pop gems like “Turn to Stone” and “Sweet Talkin’ Woman” toward concert’s end. ELO only detached itself briefly from the Bowl orchestra for “Don’t Bring Me Down,” one of the act’s irresistible stabs at disco-rock.

Naturally, the group closed out its set with “Mr. Blue Sky,” which has taken on new life because of recent soundtrack appearances and prominent TV commercial placements. Band and orchestra returned to encore with “Roll Over Beethoven,” a song that few other than ELO could ever do true justice, as fireworks shot high above the Bowl shell. It was the perfect ending, to nearly a perfect night.
-Dan MacIntosh