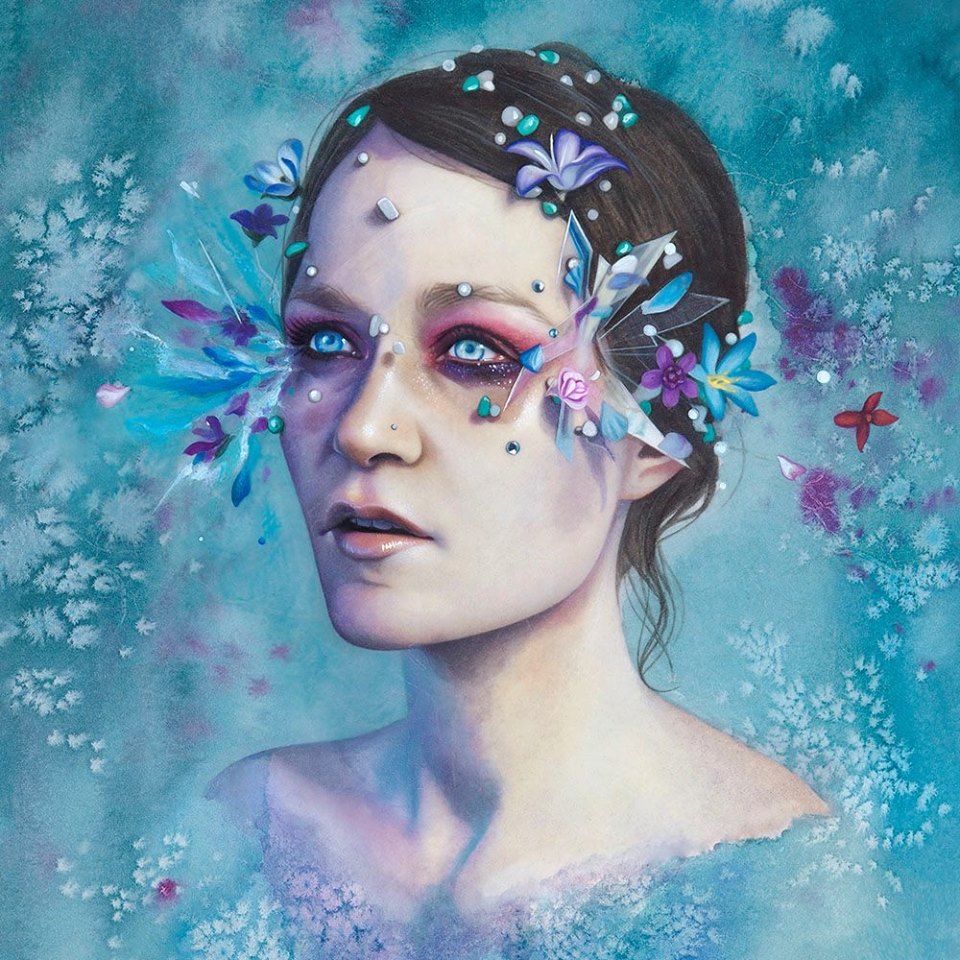 The naysayers about popular music’s future never account for artists like this. They bandy declining sales figures around, the resulting dearth of new artist development and label support, and studies about an across the board decline in substantive quality, but they fail to mention that the mavericks and visionaries still inhabit the same realms as before. Artists like Anomie Belle are not poising themselves for future Billboard glories on anyone else’s terms but their own and there’s a real hunger out there for something different coming from a popular music audience completely desensitized to formula. The dozen songs on her debut album Flux have mastered their fundamentals, but they are far from formulaic. Instead, these compositions challenge those fundamentals while still reaffirming their lasting value. Her vocals are not cut to a mold either – while she proves herself capable of great soulfulness, no one will mistake her vocal musings for the bucket of blood passion of wailers like Joplin, Grace Slick, et al. Nor will anyone confuse her with the higher register longing of Mitchell, Carole King, or other female songwriters. Belle occupies her own niche and no one is her neighbor or natural antecedent

“Saturday Gives” immediately reveals the extent of that niche to listeners. Her sure-handed blending of electronica, classical, and tip hop forms is seamlessly pulled off, but she tops it all with a theatrical and emotive vocal. “Right Way” narrows the stylistic focus some as the classical strains fall away in favor of a stricter electronica approach. The narrowed focus doesn’t diminish the track in any way and, instead, simply illustrates its sharp edge honed for a particular purpose. She turns to a more commercial, trip hop oriented direction on “As We Are”, but the increased emphasis on tempo doesn’t detract any from her vocal. Instead, she performs as part of an entire unit on this track and, unlike later and earlier songs, her voice doesn’t necessarily lead the way but, rather, is a compelling part of a much greater whole. “Unwind” represents another stylistic shift. Belle begins reining in her commercial instincts some here and, instead, concentrates much more on building musically substantive and highly atmospheric soundscapes further developed with her strong lyrics.

The real fruits of this stylistic shift, however, come with “As Summer Bleeds Daylight”. This is the ambition in “Unwind” and the groove oriented “Lovers” brought to its fullest realization. Belle’s voice is positively unearthly as it moves through a highly suggestive electronica landscape. The more omnipresent of commercial influences, like dance and trip-hop textures, fall away once again in favor of something much more calculated. “Maria”, the penultimate track, embraces the sort of gradual build you expect to hear in rock music, but the dynamics here give “Maria” a vivid cinematic allure. The lyrics, likewise, do an attractive job of saying just enough, but leaving enough question marks that the listeners are allowed to form their own interpretations. The finale, “We Let Ourselves In”, returns the release sonically to its earlier template, but never loses any of its artistic weight in the process. In some ways, the running order of this album is akin to a diary of its creation.