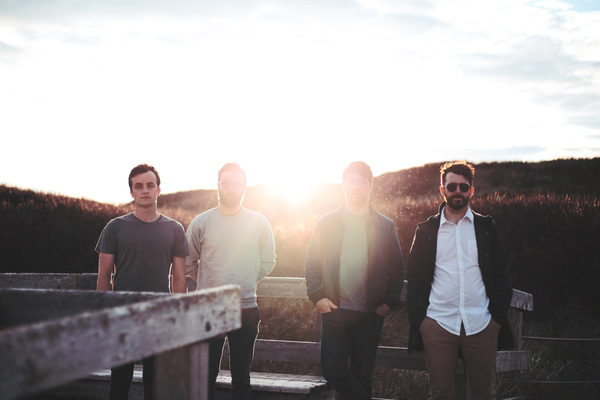 The four-piece indie rock band from Charlottetown, PEI, Paper Lions, is back with a brand new 11-track album, Full Colour, which will surely lift ones’ spirits and turn a bad day around with just the very first song. After being finalists in the John Lennon Songwriting competition, winners of an Independent Music Award, and announced winner of the Touring Artist of the Year by the Canadian Arts Presenters, the “Rocky and Poppy” band got down to business and immediately began writing their “most ambitious album” yet under Fountain Pop Records.

After listening to the album multiple times, I noticed that the songs could almost evenly be split into three categories: upbeat, slow, and in-between. The upbeat songs, “Don’t Wanna Dance,” “Call Back,” “Born To Rule,” “Take a Look At My Girl,” and “Believer,” certainly give the album that kick that it needs. My personal favorite, “Born To Rule,” put me in a trance as soon as I heard John MacPhee’s vocals. Out of the 11-track album, “Born To Rule” was the song that I caught myself replaying over and over again.

Full Colour starts off with “Don’t Wanna Dance,” which gives off a BORNS vibe. The combination of Rob MacPhee’s funky bass and David MacDonald on the drums had me nodding my head to the beat almost instantly. The nodding only intensified as Colin Buchanan joined in on the guitar. John MacPhee’s melodic vocals put the song into full effect and left me wanting more.

“My Number,” another upbeat jam, was released earlier in August and gave listeners a small glimpse of what the new album was going to sound like. With an irresistible 80s vibe filled with synths, it’s no wonder that “My Number” was released first. “Call Back,” on the other hand, goes back to the ole Indie Pop/Rock vibe. The song starts off with what sounds like claps and stomps, and had me tapping my foot to the beat once again. Although the beat was enjoyable, this song was my least favorite. For some reason, I just wasn’t feeling the vocals or lyrics.

The slow songs, “End of July,” “I’ll See You Soon,” and “Best Out of You” are quite pleasurable and soothing. “End of July” has a gloomy tone that one could fall asleep to or maybe even cry to. This is my favorite slow song off of the album. The instrumentals perfectly mix with the vocals/lyrics and relax my whole body. Lines like “If you ever come back, ever come back to me, will you ever come back?” made me feel as if I was in a movie, and the feeling of sadness only grew more towards the end of the song. “I’ll See You Soon” and “Best Out of You” both feature a sad tone similar to “End of July.”

Although these songs have their own category in which they fall under, I wasn’t too sure where to place “Honestly” and “If You Ever.” Sure, they both feature faster beats than the slower songs, but they don’t quite meet the upbeat category standards; hence why I put them in the in-between category. “If You Ever” is my third favorite track off of Full Colour. The unique guitar solo at near the end of the song only made me want to listen to it again (and again).

Overall, Full Colour is surely going to hit the charts strong and hard. “Born To Rule” and “My Number” will have the fans begging for more 80s-styled songs in the future. Paper Lions, with patience and hard work, really have completed their most “ambitious album” yet.

Be sure to pre-order Full Colour here.

Madelynn is a photographer and writer for Music Existence, an honors student at the University of Texas at Austin, and a video game addict. Aside from photography and school, Madelynn spends most of her time playing with friends online or finding new artists.
@madelynnvphotos
Previous Anomie Belle – Flux
Next Show Review: Jeff Lynne’s ELO with Hollywood Bowl Orchestra at the Hollywood Bowl in Hollywood, CA on 09/11/2016 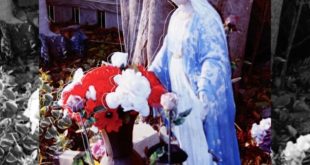 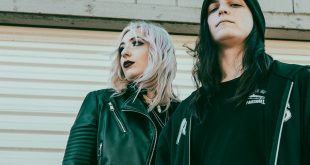