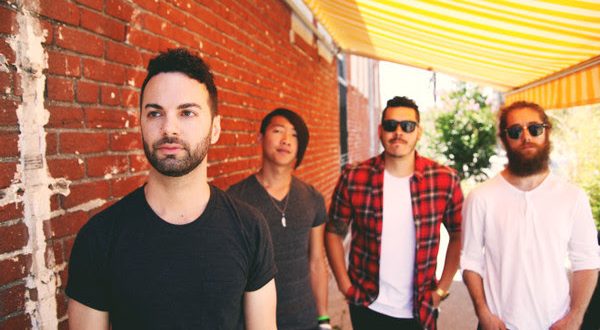 Act As If’s lead singer Peter Verdell, who releases the EP Lovers Online on September 16, has based the album around real life online dating experiences he has had. In a way it’s a concept album, and while a few tracks fall short of making it a five star work, the treasures inside are worth the purchase.

“All The Girls” kicks things off with an electronic burst of pure energy. As with most of the LP it has a very 80s synth pop feel, all the while still fitting into the 2016 music landscape. This particular song screams top 40 radio but still retains its alternative pop indie credibility. Verdell’s vocals are sharp and beckoning which help sell poetic lyrics like “there’s a thousand wolves in this town looking for hearts to chew.” The imagery is stellar and really gets across how Verdell feels about sifting through the throngs of girls online to find the right one. The chorus is one of the most infectious ones heard in 2016, “check out all the girls/we’ve got one for everybody,” Verdell sings with a pop inflection in his voice. It’s upbeat and begs to be played in clubs, the perfect dance song. It’s easy to see this becoming a big hit and hopefully listeners around the world will soon be bopping their heads and dancing the night away to this track.

The band ventures out into slightly experimental territory on “So Cool” which has a pop sound. The fast paced track addresses religious girls and the guys who like them. “So read your Bible/finish all your schoolwork,” Verdell sings about a particular type of girl one can only imagine he encountered in his online dating adventures. “The city boys think you’re so cool,” he declares on the chorus a notion which is clear he must have gathered from his research. It’s the most concept heavy tune on the album and also one of the best. It’s undeniably catchy, both verses and choruses equally masterful, and is impossible not to fall in love with. Another song that would do well on top 40 radio, Act As If have a way with words and producing tracks that will resonate with listeners and make them want to get up and dance.

“Take it Slow” is heavy on the electric guitar but also has a whimsical tone to it. The verses feature very sparse instrumentation that become fuller when the chorus strikes. This is a very storyteller song and Verdell excels at that, painting a picture to listeners about a relationship that is moving a little too slowly. It’s a very descriptive portrait of love with lyrics that are worth paying close attention to, all wrapped up in a bouncy and retro tune. Once again, one can’t help but remember that this is based on real life experiences and that makes the tune all the more satisfying. It’s on par with the best of the best on the album and cements Act As If as one of the best acts out there.

Unfortunately two of the tracks don’t quite live up to rest of the album. The melody on “Not Falling” is underwhelming compared to other songs and the closing track “I Will Keep You” feels disconnected with the album as a whole. But still the superb tunes outweigh the ones that need a little work, making Lovers Online an EP one should grab when it comes out.