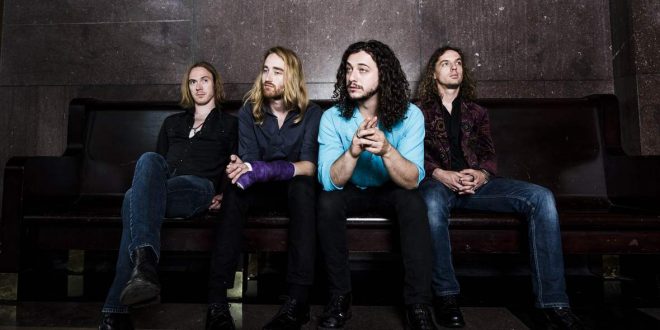 Not A Planet Debut New Song “The World We Know”

Indie rock quartet Not A Planet have released their new EP Smoke Bombs and Cigarettes: The History of Now on September 9th.  Listen to their second single “The World We Know” now.

“‘The World We Know’ is a tongue in cheek ‘State of the Union’ and commentary on our culture’s proneness and desire for violence, drama, and distraction,” says vocalist Nathan Corsi. “We tried to encapsulate the tension musically with very restrained verses and an explosive, frantic climax in the chorus. It’s almost like going through news cycles and waiting for the next tragedy or atrocity. The pressure just builds until suddenly, it bursts.”

Smoke Bombs and Cigarettes: The History of Now was produced by Jacob Bunton and engineered by Jason Elgin, with mastering by Brian Lucey (Black Keys, Muse, Dr Dog). The EP is the band’s sophomore release and follows up 2013’s The Few, The Proud, The Strange LP. Pre-orders are available now at the band’s website and fans that sign-up for the mailing list will receive a free download of the first single “Tell the Truth”.

Every day, Not A Planet is hustling.

In a circuitous route, Nathan Corsi, an Akron, Ohioan, made his way to Kansas City after a featured role in a year-long documentary about life as a busker in New York. It wasn’t long before Nathan and Liam Sumnicht, drummer native to KC, who love each other very much, made a rock and roll baby together, and named it “Not A Planet”. A rotating cast of bass players tagged in and out alongside the duo on national tours and local shows for years, but in 2012, William Sturges enlisted as a permanent player. They toured extensively as a trio until 2015, and during that time, put out the NapSack EP and The Few, The Proud, The Strange LP. Their music won local and national awards, and earned fans from all over the world. Accompanying Not A Planet since mid-2015, Nathan Showalter is touring with the band, with keys and harmonies that fill out further the already lush sound.

New music from the Not A Planet EP Smoke Bombs and Cigarettes, is being released late summer, with the first single “Tell The Truth” streaming now.

Undeniably fervent performances, bristling harmonies and catchy-as-fuck rock and roll songs are the Not A Planet signature.

Tags "The World We Know" Jason Elgin Not A Planet 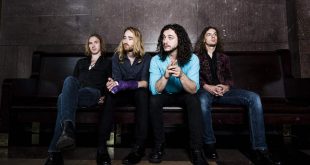 Not A Planet Release New Single “Tell the Truth”