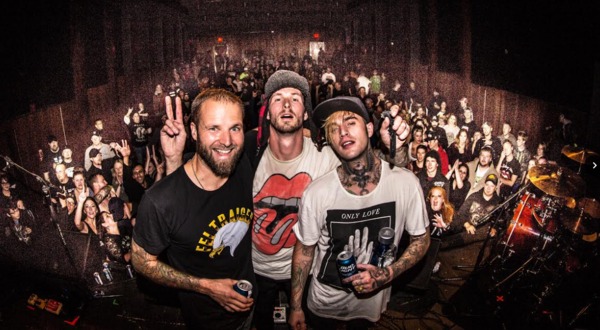 2x Grammy nominated act, Highly Suspect are pleased to announce their sophomore LP,  The Boy Who Died Wolf,due November 18, via 300 Entertainment. The first single from the album, “My Name is Human,” is available now for streaming on YouTube, Spotify, Apple Music, and other digital services.  Album pre-orders for The Boy Who Died Wolf are also available on iTunes in North America beginning today.

In an exclusive interview with Entertainment Weekly; band frontman, Johnny Stevens says “I was the boy, and was a wolf,” he explains referencing a hard upbringing in Cape Cod and the last eight years as a band desperate for a break in Brooklyn. “Everything was a fight and a struggle. I killed that part of me, and now the man is left.” The album was recorded in Bogota, Colombia and Brooklyn, New York with Joel Hamilton (The Black Keys, Tom Waits, Elvis Costello), who also worked with the band on their 2015 debut breakthrough record, Mister Asylum which was nominated for 2x Grammys- one for Best Rock Album, and a nomination for Best Rock Song, for their single, “Lydia.”

The 300 Entertainment recording act is one of the music industry’s most exciting artist development stories. Mister Asylum was released in July 2015 to critical praise from FADER, Consequence Of Sound, Rolling Stone, Entertainment Weekly, Blackbook and many more. The album’s first single “Lydia” continues to be a staple at Rock and Alternative Radio, and has also garnered millions of streams for the groundbreaking video which premiered on MTV.  Highly Suspect also made their network television debut on Late Night With Seth Meyers last September, as well as a performance on CONAN this past January.

Since the release of Mister Asylum, the band has been on the road tirelessly as a headliner and also opening for acts like Catfish And The Bottlemen and The Struts while playing various festivals around the globe including Lollapalooza, Bonnaroo, the RIDE Festival (w/ Pearl Jam) as well as Reading/Leeds in the UK. They are about to embark on a headlining tour this week which also includes festival stops at Riot Fest and Life Is Beautiful,  alongside sold-out shows in major markets like Los Angeles.