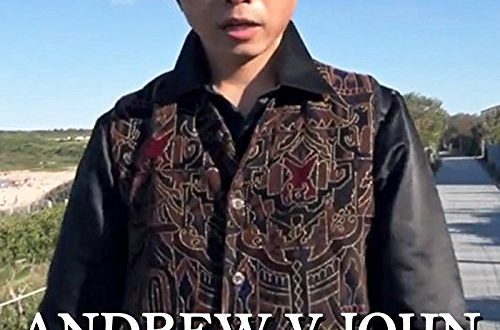 The beauty of a release like Goodbye Is Not Forever comes from its effortlessness. We can be sure there was actually a virtual bucket load of sweat and spit poured into the actual writing, recording, and release of this five song EP, but the experience of actually hearing the songs creates a much different impression. Goodbye Is Not Forever, in John’s hands, is a vividly presented and varied musical journey that, likewise, gives the interested an unobstructed look at the man behind the songs. John’s challenges are no secret for anyone who cares to read more about him, but he doesn’t make a big deal about them and this review will not. The songs stand on their own – honest and unflinching reflections on the value of staying the course in life and honoring the things and people closest to your heart. John’s musical journey receives the best possible production and not a detail is left to chance.

He makes an astute choice for an opener with the swirling quasi classical pop orchestrations of “Being Human”. John’s impressive qualities are numerous, but one of his biggest strengths is his ability to mix up his approach. He knows when to pull back on certain lines, when to add emphasis, and how to imbue passages with the requisite passion. The title song is a sparser, but equally stirring pop ballad with hints of greater grandeur surrounding its melody and John’s impassioned delivery. The hook is particularly strong, arguably more so than any other similar moment on the album. The entertainer in John comes out in full effect on the track “This Is How I Feel”, but there’s a serious undercurrent to the track as while asserting his individuality. The song leans much more towards traditional dance music than the earlier songs but never sounds out of place.

Listeners return to familiar ground on the song “Angel of My Life”. Guest vocalist Sevda brings a lot of extra emotion to this profoundly aching piece, but both singers are able to explore a wide spectrum of experiences on this song. It has a much more theatrical edge than any of the earlier songs thanks to its light use of ambient sound but never rings false. The last song “Follow Your Heart” revamps John’s latest standalone single with a remix practically turning the song into an EDM influenced anthem. The positive messages that John pushes much of the album climaxes with his exhortation in this song and all but the most cynical of listeners will find themselves unmoved by his sincerity.

It’s sincerity that fuels this release as well. Goodbye Is Not Forever isn’t pandering to listeners. Instead, the five songs seek a dialogue, albeit of different measures, with the listener while still providing them with all the entertaining elements they expect to find in popular music. Andrew V. John has a message for you, but more importantly, he wants to sing and for everyone, not just a chosen few.