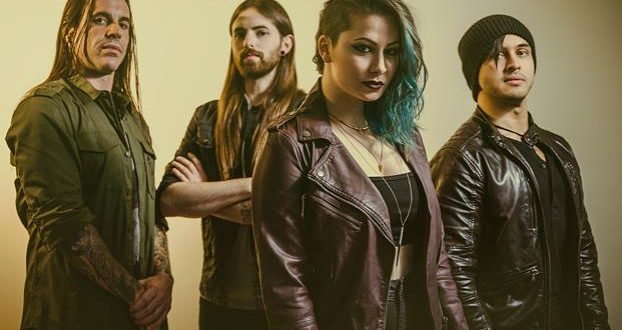 Album Review: Letters From The Fire – Worth The Pain

Hard rock band Letters From The Fire overcomes a turbulent origin to (re)introduce themselves with their debut full-length album, Worth The Pain. Available on September 9th, these 12 tracks are packed with pure energy, killer riffs, and passion.

Formed in 2012, the San Francisco Bay hard-rock band is made up of Alexa Kabazie (vocals), Mike Keller (guitar), Cameron Stucky (guitar), Clayton Wages (bass), and Brian Sumwalt (drums). The band’s moniker serves as a reminder of their origin in addition to a rallying cry as the group moves forward. Letters From The Fire found some early success on national tours with the likes of Fuel, Trapt, Nonpoint, and Pop Evil. Recording with former Evanescence guitarist Ben Moody even scored the group a few rock radio hits (“Zombies in the Sun” and a cover or “Eleanor Rigby”). But Letters From The Fire experienced some turbulence with singer changes until they heard Kabazie’s demos. They flew to North Carolina to make sure her singing was just a good live, which Kabazie nailed on the first try. Two weeks later, Letters From The Fire already had seven songs ready to go.

The haunting undertones of “Perfect Life” open up Worth The Pain. This song becomes a headbanger’s dream as the furious and unrelenting drums pound away. Kabazie’s vocals remind me of Hayley Williams (Paramore), while the band’s overall sound is best described as Like A Storm meets Halestorm. Keller’s jaw-dropping solo showcases his lightning-fast finger-work for a solid 31 seconds that would turn even the most skilled guitarists green with envy.

“Mother Misery” is a bit slower than the previous track, and incredibly personal. I dig the subtle string arrangements behind the full swells of the band. They lend this song the deeper emotion to really drive home the lyrics that beg to be saved from sorrow.

The heavy riffs that saturate every bit of this number emphasize the dark temptation of “Give In To Me.” Kabazie’s sultry voice purrs lyrics like “I was made to set you free, a dose of me is all you need.” This sexy track has a dual meaning – to give in to addiction is a tempting taboo, but there’s freedom to be found in the release.

“Bruised” is a quiet ballad about how badly falling in love can hurt. There’s a juxtaposition in the chorus, a hint of obsession that is overcome by the hope of showing someone they are not their demons. The dynamics between acoustic and electric guitars serve that duality and bring this song to completion.

Kabazie’s vocals echo in the bass drum-heavy opening of “Live A Lie.” The melodies serve up some real anger as she grinds out the lyrics with intense venom. The brief guitar solo emphasizes this powerful track about wanting to go back and change the past to make things better.

“My Angel” led me to believe that it was going to be another soft ballad. But the fast-paced riffs and quick-delivered lyrics threw me many hooks and twists that make it truly dynamic. There’s both the warm nostalgia of love and bitter regret in this song, and the bridge turns things vengeful with the line “I’ll set a fire inside of your heart, you’ll choke as the smoke fills your lungs.”

“Last December” is another banger that features a heavy use of synthesizers to emphasize the melodies. This powerful track focuses on the dangers of drug addiction and how the first hit starts that spiral into ruin. I feel the increasing despair in the lyrics as Kabazie sings “A gifted mind so full of potential, traded off for a pipe and a needle” during the second verse.

The ethereal notes that play during the first verse of “Holy Ghost” allows this incredibly heavy track to stand out on Worth The Pain. Male vocals yelling “Wake up!” punctuate the end of each verse and the quiet, acoustic bridge, signaling the start of the strong chorus. The rise and fall of the music in this track serve as an allegory to dreaming, combined with the abrupt ending that feels like a rude awakening.

A piano opens up the ballad “At War” behind Kabazie’s clear vocals, swelling melodies rising up the emotive lyrics. Lines like “I’ve been a soldier in every battle but my own” clearly illustrate the crushing feelings of depression, and Adele could take notes from Kabazie’s stunning delivery.

The horror-movie quality of a music box gives way to the terror-laden heavy riffs in “Control.” This song is a refreshing head-long dive back into the same driving energy of the first few tracks. The feelings of obsession that cloud the mind against better judgement saturate the lyrics as Kabazie calls on the mythological incubus during the second verse.

Title track, “Worth The Pain,” is another hard-hitting number, emphasized by Watkins’ dynamic drums, giving me a beat that’s easy to dance to. I really feel a resemblance to Halestorm in the whole band’s “I’m stronger now” attitude. In this song, it seems to summarize the group’s early struggles and their current triumphs.

A ticking clock behind acoustic guitars and indistinct, echoing vocals give way to a full band swell in “Scars.” Lyrics like “I fell for a heart that wasn’t mine” are delivered with intense passion in this ballad about bitter memories that run deep and never quite fade.

The final track, “One Foot In The Grave” is heavier and harder than the first. This song dabbles in metalcore during the breakdown, with fast riffs and double bass drumming. Letters From The Fire closes the album with a dual message: no sacrifice is worth your life and even in the darkest moments can herald life-changing revelations.

The women of hard rock are getting stronger and gaining notoriety, and Letters From The Fire is no different. Worth The Pain is an all-around solid body of work that is already turning heads – the lead single “Give In To Me” secured a spot on Spotify’s Rock Hard playlist. “With everything we’ve gone through, we kept fighting,” says Keller. “There were times we were so close to giving up and moving on. At the end of the day, it’s been worth the struggle and the fight to do this,” and very much worth the listen.  You can preorder Worth The Fire on iTunes, Google Play, or Amazon, and listen to the band’s previous works on Spotify. 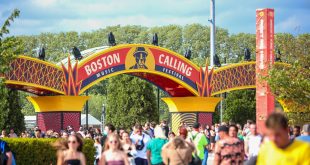