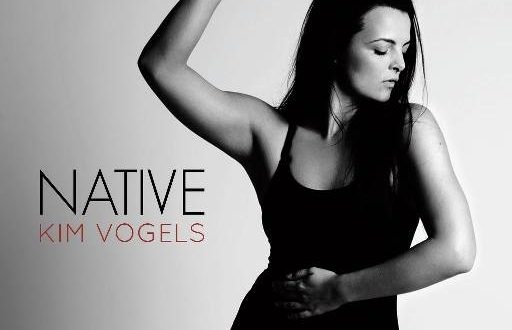 Being brought up surrounded by so many different cultures, Kim Vogels was drawn to the power and energy of the original sound of those worlds i.e. Flamenco, Klezmer, Celtic, early Persian, Gypsy, Native American, Folk & Blues etc. Even though these musical styles are all quite different from each other, they hold a similarity in their powerful connection to their culture.

“Native” is the EP which also includes a promo video for the track “Call Of The Wild.” “Years Ago” opens this EP of five numbers on a good note, with an even mixture of intelligent lyrics and a well-rounded amount of musical influences. This is something most either like or dislike, but she brings them together and makes you question all that it encompasses. It dwells in the past, as the title suggests but it is tackled with care and comes out a winning effort. Kim Vogels’ voice is not only cool, but a very interesting cross of tonal qualities. It does everything to help maintain an interest to get into her lyrics as well. This is a magical talent that possesses her, and the music enhances it all the more. And this isn’t even the best track on here, although it’s also not the easiest call, as they all offer substantial factors. This is continued on “Two Of A Kind” which adds some blues to the folk influence covered thus far. It sounds to be centered in the Badlands and gets heavily caught up in battle content. I was reminded of the Lone Ranger and Tonto at points, but it’s only an inflection that causes this, as it sings like an old west story of sorts. This is an epic song by the time it’s over, and you get a serious vibe from it. But it also contains a subtle undertone to it that keeps it from being too dark of a theme to get into. But either way it seems to leave the listener open to various ways to relate the material, and that is a testament to all of the music explored on this EP. This gets more evident as the numbers go by, and “Call Of The Wild” is definitely one of the featured of said numbers, as it comes with a video to help graphically depict it. This is a cut full of what’s to be found all over these tracks, all wrapped into one sequence that has her walking through the forest, getting closer to people. This is done with pleasing results behind it to say the least. The vocals shine through the most on this, but it’s also a complex number that stands up along with the lyrics and singing. If I were to pick one track out of the five, this would stand out a cut above them all, but not take anything away from them in the process. It’s just where the EP peaks for me. But it’s not to say there are any weak tracks, because they’re all strong in their own ways. And “Daisy” might seem to be a low point but if you went back and placed it elsewhere in the track arrangement it might hold more weight. That’s just how a track can get overlooked and in some cases rarely heard. On an EP that’s never a problem, but if this were a whole album it might lose itself somewhere. But then it all comes back down to arrangement as it loses nothing on its own. And you can define this as the flower or a person as clearly referred to in the lyrics, which signals its range of universal appeal. It’s just important not to miss this one. The closing number also rings of the same, and comes with the similar advice as I recommend this EP, especially to folk music lovers. “Till The End Of Time” comes with a slightly sadder feel, but nevertheless just as relevant to the rest of the EP’s overall theme, as it concludes the disc. This is probably the quietest moment but such moments are also essential. It’s just the part where things wind down and one can get caught comparing everything altogether.

And what I got most of all by the end of these tracks is how good Kim Vogels sings, as this number brings full attention to that and helps one to repeat listening. And if hitting repeat isn’t temped at this point, it would fail to grab my attention so strongly in these ways. Marcinn