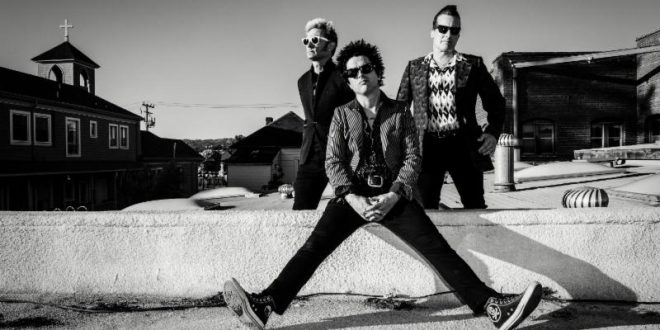 Rock and Roll Hall of Fame inductees and Grammy Award-winning rock band Green Day will hit the road for a series of intimate club shows in the U.S. and Canada in support of their upcoming 12th studio album, Revolution Radio, which will be released by Reprise Records on October 7th. The North American dates kick off on September 20th in St. Louis, MO and conclude with a show on October 20th in Berkeley, CA. Tickets will be available for purchase by Idiot Nation members on Wednesday, September 7th at 9:00 AM local venue time. For more info on the pre-sale, visit gdidiotnation.com. A general on-sale will begin Friday, September 9th at 9:00 AM local time. Visit greenday.com for ticket info.

In January, Green Day will launch a European arena tour in support of the album. The Interrupters will support all dates in Europe. Please see below for all upcoming dates.

Produced by Green Day and recorded in Oakland, Revolution Radio is a potent 12-track blitz of angst-ridden anthems that unites Green Day’s fully formed stylistic approach with lyrical themes that address the complexities and uncertainties of modern day existence. Musically, the album is raw, visceral, and fearless – solidifying the band’s reign as one of the leading voices in rock music. Inspired by recent events, the first single “Bang Bang” marks a welcome return from a band with more to say than ever.

Revolution Radio is available for pre-order at greenday.com.