Home / Album Reviews / Jupiter in Velvet – The One in the Many 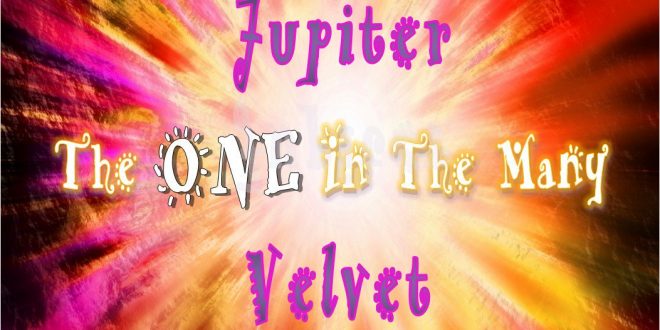 Jupiter in Velvet – The One in the Many

Jupiter in Velvet – The One in the Many

Iconoclasts stand out. In our world of cookie cutter pop stars with the shelf life of vegetable, the performer/songwriter who writes vibrant material referencing influences while still blazing its own path is increasingly a rarity. American born and UK based Jupiter in Velvet culls from a handful of influences to fashion a distinctive and varied musical attack with an unwavering melodic base. His guitar pyrotechnics seem inexhaustible – they spark, crackle, soar, and growl, but they never fail to find room to sing. His vocals are, likewise, always on the money. Jupiter in Velvet isn’t any sort of Pavarotti, but his voice has remarkable elasticity and inhabits each of the album’s ten songs with tremendous verve and personality. The production highlights each song’s individual strengths in thrilling ways and has undeniable warmth.

He often delivers substantial messages married to his bracing musical arrangements. “Rule Your Day” is a perfect example of him bringing lyrical and musical content together. It kicks off with a horn-like guitar rave up, but the effects laden guitar never gets too far away from its melodic core. “Lose Yourself” jettisons Jupiter in Velvet’s melodic concerns in favor of a more hammer-like approach alternated with brief, expansive moments of light. The message remains, largely, the same as before and only the musical framing really changes. It is a testament to his skill level that he’s able to present his thematic concerns in a variety of musical lights without ever diluting or scrambling his message. “Everyone’s Looking 4 Something They Can’t Find” has considerable pop and rock bounce, plus it hangs together in a much more cohesive way than the already fine surrounding material. Jupiter in Velvet delivers one of his most energetic, engaged vocals yet.

“Surrender 2 the Groove” unleashes Jupiter in Velvet’s rock tendencies in a more pronounced way than ever before, but it isn’t sound and fury signifying nothing. Instead, Jupiter in Velvet delivers on what he’s promised with a lockstep groove milked for everything its worth by his arrangement. “Only Your Love” is the album’s final all-out rocker, but it’s delivered with uncluttered focus. “Take Over The World” takes the album in a surprising ballad-like direction and even hints at light blues influences coming through. Velvet throws himself into the track for everything he’s worth. The album ends on quite a high note with the intense and inflamed finale “Keep Your Eye on the Pearl”. Every particle of the passion informing the album’s previous nine songs is manifested here in a much more concentrated, muscular way and the impact it makes on listeners is tremendous.

The One in the Many likely represents the zenith of Jupiter in Velvet’s career to date. It is a fully realized songwriting and musical effort that feels like the product of a polymath who has music literally flowing from his fingertips. It’s a powerful expression of a wide-ranging, deeply committed artist who knows exactly what his audiences crave before they even realize it entirely.

Album Review: Steve Thomas & The Time Machine “All Of These Years”

“Don’t Start Now” is the newest track from phenom group, Dallas String Quartet. Unlike the …