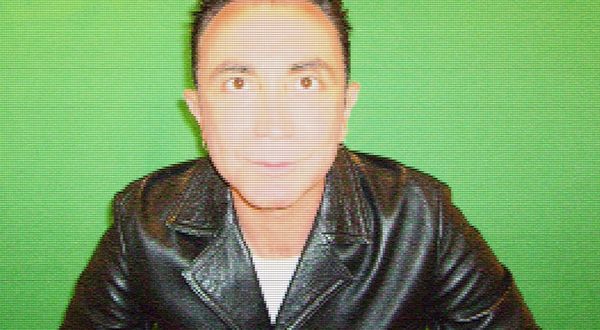 Alien Skin is the moniker of Australian singer-keyboardist George Pappas. Originally part of the mid-90s incarnation of famed new wave outfit Real Life, Pappas sought to channel that decade’s experimental aesthetic. In 2008, he accomplished just that. His solo sound is described as a ‘cinematic’ and ‘liquid’ brand of electronic music, which fittingly comprises each album. And considering his artistic growth through the years, nothing less is expected.

On September 2nd, Alien Skin releases European Electronic Cinema, his 12th album to date. This album features an exclusively synth sound, with bolder, bass-driven arrangements that maintain plenty of atmosphere. The opener, “June is the Coldest Time,” takes cue from the previous album in a thematic sense. Whether this was meant to re-establish familiarity, it ultimately succeeds. Pappas’ vocal delivery directly accentuates the bleakness and disarray of seasonal depression. I found this song interesting from two hemispheric perspectives: one eastern, the other western. The first is concrete, having to do with the psychological numbness of a harsh winter. The second, more subtle perspective pertains to one’s aloofness in summer. This enhances the meaning to a degree, as summer may be characterized otherwise by a surplus of freedom and romantic spontaneity. While mournful, teardrop-esque synths create the song’s main melody, it is paced by inverted chimes, heartbeat kicks, as well phases of disjointed, almost half-sung chatter. On the track to follow, “Terror Ist,” that vibe continues with a hefty drum groove, accentuated by reverberated and slightly detuned lead tones. I appreciated the slow tremolo effect on the panned rhythm synths, making them function almost like a backing vocal. Pappas’ subject matter expounds on the nature of distance, noting the futility of violence over a more sensible verbal resolution. The vibe turns briefly positive around the 2:36 mark, featuring ethereal, dynamic synth chords over contrasting stripped-down percussion. There’s a nice sense of space in the transition to the latter verse, even through its remainder is more instrumental-focused. By the third track, “I Love Art Deco,” the man has a heightened, bordering delirious appreciation for scenery, perhaps as a temporary aid in assuaging the emotional scarring. The step-by-step interplay between percussion and synth is especially alluring, while Pappas’ vocals approach proves suitable. Once the chorus hit, I found myself on the verge of being enveloped by it, but not before the transition to the next verse pulled me out. Luckily, the second chorus felt fuller in its implementation. “All Tomorrows Cares” only gets better in its execution, particularly in its main lead melody. I had to play it back simply to make sure I wasn’t deceived—that’s how much I was drawn in. This is a brutally stark contrast, from the gradual healing of self-sufficiency, to a debilitating—perhaps even suicidal—dependency. Its telling still renders poignant, however, by the simple acknowledgement of one’s overstated ego. I felt that the entrance of the secondary melody was equally representative, in that it momentarily sheds away any presence of darkness until the track ends.

From the album’s midpoint, “Platinum Good Looks” and “Prettiest Flower” are told from two separate perspectives, female and male. The first song emits more of a mischievous tone. It sees the subject continually lead on by a previous infatuation, while stringently adhering to the “dress to impress” principle. Conversely, the other subject has an uplifting tone and is decidedly more grounded, feeling neutral whether their love interest has maintained themselves. I had envisioned both songs as if they were composed on acoustic guitars. Their main melodies each contribute much to that imagination and hook listeners in with their own unique bliss. “Sterile in Blue” seems to combine the mindsets of the aforementioned songs. Particularly, it entails beginning neutral only to become vulnerable— being consumed by a high to the point of strain and anxiety. Later on, they find themselves immersed in a fantasy of being totally helpless, with the intention of being saved by the other. Feelings go unreciprocated in “I Still Think of You,” whereby the girl has gone emotionally numb. While there are sporadic memories brought up, they are merely of exaggerated negativity. It is suggested that while she aims to forget the relationship she had, she simply misses the idea of having someone at her side. The penultimate track, “The Emperor’s Tram Girl,” the two are implied to have split. The woman must adjust to a grim lifestyle in the urban underground, feeling constrained by the incompetence of others. This song’s main melody is also intriguing—dissonant and smog-like, feeling almost like feedback from a guitar. At the 2:29 mark, a spoken word section reveals mixed emotions of her lifestyle. In the final track, “My Polaroid Friend (Thin White Duke),” the man’s turnout is far more bittersweet. He is presumed either dead or in a vegetative state, as the lyrics point to an ‘imaginary friend’ singing songs to him. Both the song’s style and context are reminiscent of David Bowie’s final album, Blackstar, and its ‘Thin White Duke’ mention makes that notion clear. Perhaps the man was certain of an abrupt escape from life, especially if it meant uniting with his Heaven set musical hero.

Overall, European Electronic Cinema is a lovelorn journey comprising euphoria, destruction, and reinvigoration in one. What begins as a hazy, seemingly grandiose recollection of memories becomes clearer and more complete with each song. The instrumentation is extremely well-crafted, allowing listeners to not only lose themselves in different worlds but relate to scenarios that prove truthfully—and painfully—down to Earth. Any day now, listeners will be exposed to an album that resonates, both solidly and creatively.

I come from a family who is passionate about all things music. I learned to sing at an early age, and by 13, had my very own Fender Strat guitar. I tried my hardest at learning all that I could. Because I was born with cerebral palsy, I had to teach myself an adaptive playing style. I learned to write and record my own music, despite these difficulties. In college, I started making great use of my writing abilities by reviewing music, as well as copy editing. I guess it's best to stick with what you know, while welcoming a fair challenge at the same time.
Previous Project Grand Slam – The Queen’s Carnival
Next Album Review: A Day to Remember – Bad Vibrations