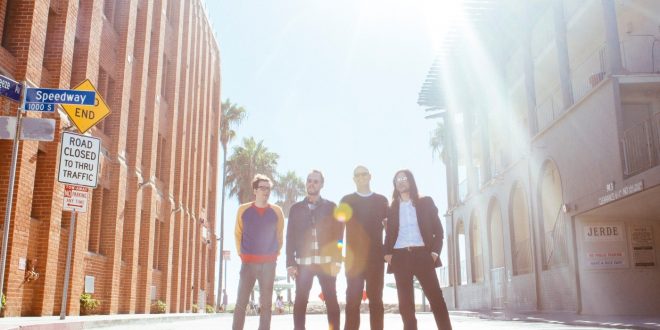 RHONDA’S KISS–the organization which helps cancer patients in need–has partnered with the rock group WEEZER who will headline this year’s benefit concert on Thursday, November 3 at The El Rey Theatre (5515 Wilshire Blvd) in Los Angeles.  Mark McGrath–musician/vocalist Sugar Ray and TV host–will be on-hand to emcee the evening. Tickets are available (here) and at: www.rhondaskiss.org.

WEEZER is an American rock band formed in Los Angeles, CA in 1992, currently consisting of Rivers Cuomo (lead vocals, lead guitar), Patrick Wilson (drums), Brian Bell (rhythm guitar, backing vocals, keyboards), and Scott Shriner (bass, backing vocals).  WEEZER has sold 9.2 million albums in the U.S. and over 17 million records worldwide.  Their catalogue has included such mega hits as “Buddy Holly,” “Undone (The Sweater Song),” “Say It Ain’t So,” “El Scorcho,” “Hash Pipe,” “Island In The Sun,” “Beverly Hills,” “Pork and Beans,” and more.   Weezer has won GRAMMYS, MTV Video Music Awards, and more throughout their career.  In 2016, WEEZER released their tenth studio album, Weezer (The White Album), a self-proclaimed beach album that debuted at #1 on Billboard’s Rock/Alternative chart, and Top 5 on the Billboard 200 chart.   The band then embarked on a massive, two-month summer tour playing to half a million people across the U.S.

Proceeds from the concert event with WEEZER will benefit the Cedars-Sinai Samuel Oschin Comprehensive Cancer Institute and further the mission of Rhonda’s Kiss, supporting programs to assist cancer patients in need, and helping those who receive a cancer diagnosis make ends meet during treatment. Rhonda’s Kiss is a 501 (c) (3). To date, the charity has donated more than $750,000 to hospitals to support cancer programs and patients.

“Raising money for cancer is a reminder that every day, people are struggling with the disease and need the support to maintain their dignity and fight,” said Marc A. Stefanski, Chairman of Rhonda’s Kiss. “Donating to Cedars-Sinai and their team will help give these patients the support they need.”

“The Cedars-Sinai Department of Radiation Oncology is proud to collaborate with Rhonda’s Kiss to raise awareness about the fight against cancer,” explains Amin Mirhadi M.D., Cedars-Sinai. “As a long-standing member of the faculty, I’ve been fortunate to witness the development of a world-class infrastructure for laboratory research, patient clinical trials, and cutting edge technology. With the help of organizations like Rhonda’s Kiss, we are able to develop research projects and ideas that we know will make a difference.”

Rhonda’s Kiss is supported by The Marc A. and Rhonda L. Stefanski Foundation, a recognized 501(c)(3). In 2014, Rhonda Stefanski was diagnosed with stage 4 Pancreatic Cancer. While she lost her battle, one of the greatest gifts she left was to create Rhonda’s Kiss, an event to raise money to help those in the inner city who receive a cancer diagnosis, but may be unable to make ends meet for treatment and support. Through The Marc A. and Rhonda L. Stefanski Foundation and in partnership with Cedars-Sinai, proceeds from Rhonda’s Kiss provide financial support to decrease late-stage cancer diagnosis in urban communities, and primarily for patients in financial need, by using a three-pronged approach, that integrates outreach (education, awareness and screening), navigation (medical and home) and patient services (treatment and financial assistance, and emotional support). Funds are distributed by local hospitals in areas where money is raised. For more information or to donate directly, contact: www.rhondaskiss.org.

Previous Paul Kloschinsky – Nobody Knows
Next Bunny Sigler – Stand Up 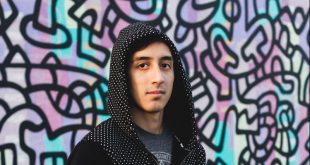