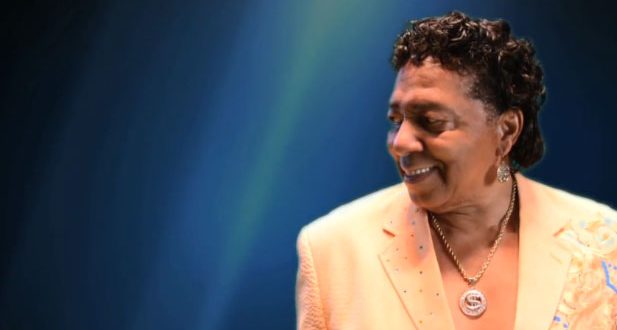 The ranks of mid century American music legends thins more and more with each passing year. In recent years, the death toll has been staggering. It behooves us, as serious music fans, to recognize this changing of the guard occurring in what is, relatively speaking, a still nascent art form. Unlike literature, film, painting, and so on, the history of popular music as we know it today isn’t yet a century old. We have seen monumental style shifts in that time regardless. We have, likewise, been blessed to witness an artistic vanguard pass through our lives whose mastery of the form has influenced countless succeeding generations and who remain with us today creating vital and important work. Bunny Sigler, dubbed Mr. Emotion long ago, is one of the foremost products from the Philadelphia school of soul singers who first emerged to prominence in the 1960’s and 70’s. While the very earth has been up heaved countless times by those aforementioned style shifts, true artists like Sigler have endured changes in fortune and taste by maintaining their strong initial connection with the art form. Sigler’s latest single, “Stand Up”, places him in a totally modern sonic context, but there’s no point when this doesn’t sound like a Bunny Sigler song.

The track begins with an understated fanfare before slipping into an equally laid back groove. The percussion keeps up a light, steady and slightly intricate touch giving it a mild edge of syncopation. Players on the song take an incremental approach to building up the instrumental track – sounds bob in and out of the mix, fill in brief swaths of space, then bow out again. It is all woven together, however, with a confident hand that never loses sight of its aims. The track concludes Sigler’s latest full length album Bundino and, naturally, never overstays its welcome. The changes aren’t entirely predictable, but they are expertly rimed in such a way that their pleasing inevitability becomes one of the song’s trademark qualities.

The lyrical content never digs into dogmatism or pushes any sort of specific agenda. Sigler has never heavy handed enough for such an option. He makes his sympathies clear, however, simply by projecting such an affirmative stance and filling the song with the light and silky calm of his voice. It assumes the dimensions of a real plea in his voice, however, as Sigler continues to make good on his reputation for being one of the foremost emotive singers who has ever worked within the genre.

Bundino is well served by the inclusion of this track, its placement in the running order, and Sigler’s good sense to push it as a single release. In troubled times like we are experiencing, we need all of the rallying calls we can find and without ever seeming arrogant or strident, Bunny Sigler has provided us with a musical banner we can all unite under.