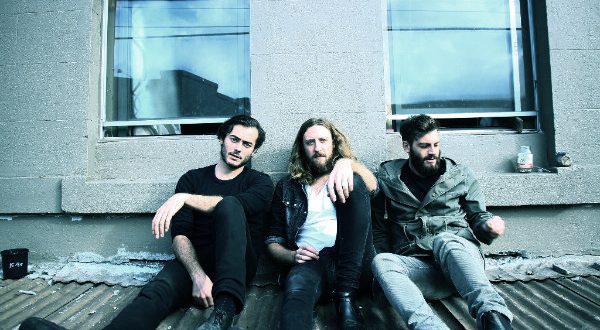 Sydney based 5 piece, Australia (the band, not the country) have this week announced a run of tour dates around their upcoming BIGSOUND appearances and in celebration of their new single ‘Breathe In’and it’s accompanying video.

‘Breathe In’ is the most recent single to be taken from the band’s debut album ‘Portraits of People, Places and Movies’ which they released independently in early 2016.

Toeing the lines between pub rock and new wave, the music of Australia is fearlessly imaginative, undeniably danceable and yes, quintessentially Australian. Front man Guy Fenech’s melancholic howls are matched by his subtle baritone croon and punctuate the pulsating synths and angular guitars.

In the spirit of their name, which conjures an echo of the 1980’s Australian pub rock scene, the band’s live show is raw and immediate, cheeky and charming – oscillating between hypnotic driving indie rock and lush cavernous synth pop while overwhelmingly characterized by a group whose genuine love for playing live (and each other) is infectious to no end. It is no surprise then that Australia have been invited to showcase at this year’s BIGSOUND music conference in Brisbane.

“Harking back to the halcyon days of Australia’s pub rock bands and beyond, the album showcases not only the band’s deep love and knowledge of music but an imagination and fearlessness to play around with it. – Music Feeds