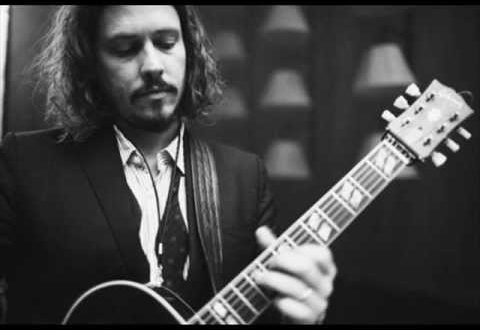 Beulah is John Paul White’s first solo album since the breakup of his musical partnership with Joy Williams as The Civil Wars. Many have been waiting patiently for White to release a record of all brand new material, and he does not disappoint.

Kicking off the LP is “Black Leaf” an acoustic guitar centric song that allows White’s voice to shine as bright as ever, easily sailing through the melody a pleasure to listeners ears. It’s extremely intimate, one can almost feel like they are in the same room as White performing the tune, and that makes it one of the most engaging yet quiet songs on the album. With lyrics like “she’s a quitter, but I guess we’re both quitting now,” it’s not hard to read between the honest lines and guess this is a song about Joy Williams and the disbandment of The Civil Wars. The words come pouring from White’s heart “please black leaf/show me where you took my love,” and though there is a dark tone to the song, the repeating of the phrase “there’s always a second time around,” brings a hopeful air to the mostly somber song.

“The Once and Future Queen” is quite a heartbreaker, something White excels at with ease, and it’s clear he is speaking from personal experiences which makes him an even stronger singer/songwriter. He speaks frankly about a woman who is waiting for the man of her dreams, who will give her everything but as he puts it “that someone won’t be me.” This could come off as blunt and harsh, and the words do cut like a knife, but White delivers them with such a tenderness that one can’t help but appreciate his candor. The Secret Sisters, who provide background vocals on many of the LP’s tracks, help to add a melancholy, yet angelic, vibe on the chorus as White states “that’s ok/you never really loved me anyway/at least not unconditionally.” The tune is very in line with something The Civil Wars could have released, but White showcases throughout the album that he can carry a record all on his own and be better than good.

Changing gears, White brings out his inner rocker on “Fight For You,” one of the biggest surprises on Beulah. It’s refreshing to hear this different side to White, fully in command as always, but turning up the attitude and the aggressiveness. Once again it’s hard not to think this particular tune is directed at his former musical half “we’ve turned the other cheek/for the sake of you and me,” he sings on the verses, but it is clear, like on “Black Leaf,” that he hasn’t given up hope on their relationship. The chorus sees White in full rockstar mode forcefully singing “I want to fight for you/And I want you to fight for me.” Though this sound contrast his normally mellow music, the emotion that White puts forth behind the simple lyrics and his vocal performance fits right in with the rest of the album.

“Hope I Die” is the most experimental track on Beulah, and it’s the one that digs the deepest, White letting all guards down and pulling out his heart for all listeners to hear and maybe even identify with. There is minimal instrumentation at the start to middle of the song which allows White to be the most vulnerable he gets on the album. And it’s not only the bare backdrop that makes this song so striking, but it is that with the combination of the lyrics in which White admits he hopes he dies before he moves on and finds someone new. It all builds and builds to a full sound with White delivering the most moving vocal performance on the entire LP. It’s one song not to miss.

While the whole album is undeniably a masterful work of art, there is not one bad song on the record,“Make You Cry” stands out as this reviewers favorite. Yes, it’s the closest track to something White could have released as The Civil Wars, and at times one can almost hear Williams voice as a phantom, but White proves time and time again, especially on this track, that he is a star in his own right. Absolutely gutting in the most painful, yet beautiful way possible, White sings how he wants the person he is addressing to cry and hurt the way he has singing, “I want you to need the way I’m gonna need you.” It’s such a simple line but with White even the most plain lyrics contain a million and one emotions. The gentle melancholy song all builds up to a glorious moment where The Secret Sisters sing in full ethereal fashion with White “I’m breaking your heart/Just play the part.” This section is akin to dying and hearing angels sing one home and it makes a gorgeous song rise above the rest.

Beulah is quite a rollercoaster of emotions from start to finish and is the perfect release for the upcoming autumnal season. Out of every album that this reviewer has had the pleasure of listening to this year, White’s effort is the best release of 2016 and it’s hard to think of anything top it. Get your tissues ready, because the album is about to rip out your heart in the best way possible.