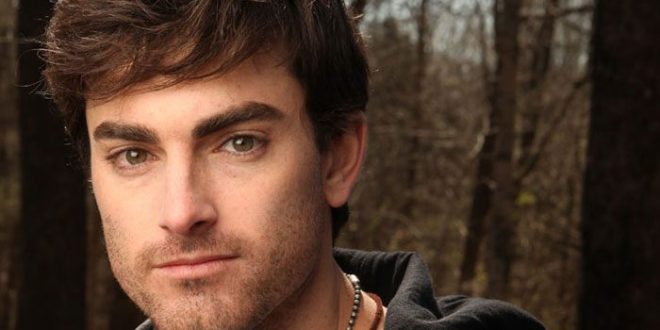 Nashville’s resurgence as a modern music hub over recent years is, at the end of the day, due to little else than talent. It isn’t a shallow hype machine producing nothing but bubble gum; instead, it is a reaction of sorts to the bubblegum being issued from the once mighty music centers of New York City and Los Angeles. Young songwriters and performers, men and women alike, have flocked to Nashville searching for new avenues of self-expression that have faded away in other areas of the music business. Cody Webb is one of the luminous young talents poised to catapult himself from relative obscurity into stardom based from this new paradigm. He has a considerable amount of experience as a live performer that’s helped him shape the six songs on his debut into a durable and delightfully entertaining musical experience. They cover a surprising amount of ground in a relatively confined space and his voice and guitar playing alike guide them towards realizing their potential in full.

“More Than A Little” rips the lid off this debut with verve and more than a little style. Webb isn’t content with hitting some customary marks and clearing a low bar; instead, he serves up a song that snaps and pops with real personality far outstripping its formulaic elements. His guitar work is a big reason why this is so – it has a tense eloquence that brightens the track considerably. Webb indulges the sense of humor so common to the modern country genre on the second song, “She Ain’t Right”, but it’s never so overwrought that it distracts attention from another of his superbly arranged cuts. Webb has such an easy command over the genre’s basic fundamentals that one might be forgiven for thinking he sounds like he’s toying with the material – the truth is that these songs just come that easily to him. “My My My Girl” has a more sophisticated veneer than the other tracks on Webb’s debut and the emphasis on texture over trope is carried off without losing its musical spirit.

“Love Me Like I’m Gone” is one of the EP’s more clever bits of songwriting and its underplayed intelligence comes at listeners without unnecessary pretension. There’s a slight anthemic quality to the song that Webb milks for just the right amount of drama and the song has a musical credibility that establishes itself within the first minute and never wavers. “Nothin’ On You” is one of the EP’s best bits of lyric writing and shows tremendous subtlety weaving imagery into existing formulas. The EP’s last song “Better at Night” is an even stronger anthemic turn than the aforementioned “Love Me Like I’m Gone” and Webb shows he is clearly prepared to tackle such big ticket numbers with energy and confidence. This is an irrepressible debut full of the vigor we all come to expect from first releases, but Cody Webb’s talents extend far beyond the moment. He is clearly a capable songwriter with more than a little grit darkening his songwriting vision in an appealing way.

Previous Hawthorne Heights to Play “If Only You Were Lonely” in Its Entirety This Fall
Next EP Review. Bitter Kiss: Love Won’t Make You Cry