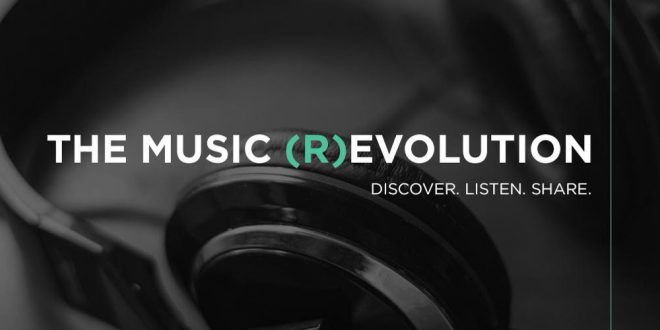 Ever since the internet usurped record stores and radio as the best place to find new music, artists have come to be placed in a conundrum: they’re able to reach more listeners, but they’re making significantly less money.  In fact, it’s become so bad that most emerging artists aren’t able to focus on their music as their income source and are forced to expend much their creative energies on survival, depriving their fans of new releases.  With digital downloading as the new standard, a whole new and fragmented distribution system has developed which holds artists at their mercy, paying out a pittance of the total income that the music brings in while the big streaming services retain the lions share.  And now along comes ORFIUM, which is fast creating a whole new standard, increasing the artists’ control and profits while improving the listeners access and experience.  We recently chatted with co-founders Drew Delis and Chris Mohoney to get a better understanding of exactly WHAT ORFIUM is and where they’re positioning the groundbreaking platform going forward.

1) First things first, tell us a little about who you guys are, how did you come to work together, what inspired you to start a new platform?

Both Drew and I (Chris) became friends attending the University of San Diego together. I have a computer science background and also majored and completed a masters in accounting. After graduating I started working in music tech as a YouTube rights administrator representing over 6 million music copyrights on YouTube and also managed a sync-licensing library with over 400,000 audio assets. At the same time Drew completed law school at Pepperdine with an emphasis in music rights and digital IP.

We had been following the shifts and friction in the industry for a while and had frequent discussions about it with some close musician friends. In particular many of the music tech platforms were lacking proper support for the complexities of music copyrights, especially remixes, had unfriendly terms for artists, and only excelled within a limited scope of functionality while lacking other functionality. We then started to imagine what an elegant solution would look like and figured it would probably have a back-end rights management infrastructure like YouTube, a social interface like SoundCloud, a playback interface like Spotify, an upload gateway that provides the option to monetize every possible digital revenue stream for music, and would be free to use for content providers. All of this of course would have to be neatly integrated into a simple, intuitive UI. At first we thought surely someone else must already be working on this, but as time went on and we saw the industry’s problems continue to worsen, we finally decided to step up and build Orfium.

2) Exactly what is Orfium? What goals were met by launching an alternate service?

Orfium is a social music marketplace for digital downloads, streaming, licensing and promoting, built on a rights administration infrastructure with the most flexible artist-friendly terms. Our mission is to provide an open, elegant, and flexible music platform that puts artists and rights holders in complete control of all forms of promotion, retail, licensing, and distribution of music in the digital age, and to provide fans with the best discovery, sharing, and listening experience. A short-term goal that was met is that artists have quality refuge in case SoundCloud, Beatport, or Spotify fails, which are all high risk services right now given the size of their overhead, losses, and financial pressures from investors. The long-term goal is to shift the flow of money and balance of power in the music industry in favor of artists and their fans since the whole purpose of everyone else in the industry is to serve the relationship between the two.

3) How does Orfium compare to other streaming services?

Artists can upload directly to Orfium whereas other streaming services force artists to go through aggregators. Orfium pays out 80% of gross retail revenue directly to artists whereas other services use a trickle-down model that leaves artists with a fraction of the retail revenue. Orfium supports both free and premium for-sale content whereas most other services only support one or the other. Orfium is free to use including unlimited uploads and all of the features for which other services charge “Pro” account subscriptions for. In fact Orfium does not ever charge artists up-front for anything but rather operates purely on a revenue share that ensures artists always get paid first before anyone else. Orfium provides every possible digital revenue stream whereas other streaming services only provide retail revenue streams, and artists can opt-in/out of each service on a per-track basis at any time non-exclusively whereas other services use restrictive exclusive long-term contracts. Orfium’s model eliminates legal and financial risk for artists and guarantees that artists retain complete freedom to pursue and accommodate any other 3rd party deals and opportunities.

4) For the laymen out there, exactly what is digital fingerprinting, how is it created and tracked?

A digital fingerprint is a unique code derived from the blended tones in a song which can be used by a computer to detect and identify it. It is created using an algorithm that unscrambles a song into the pure tones it consists of and measures the relative amplitudes (volumes) of each tone. Imagine a reverse-blender that can take a smoothie and turn it back into a banana, apple, and ice cubes in order to determine its recipe. Digital fingerprints can be stored in a database and automatically cross-examined against the digital fingerprints of other songs in order to detect matches and overlapping samples.

5) How is licensing handled for artists? Is the payout on licensing the same as monetization?

Within the digital download store there is a filter for searching / browsing licenses. Licensing is optional for artists and they have the option to issue all of the main types of creative commons licenses and sync-licenses for a one-time lump sum (royalty free licenses). It essentially works the same as a digital download sale except the price is greater and the buyer must agree to the license terms. The payout is the same 80% which is a huge advantage for artists because every other licensing platform I have seen only pays out 50% or less.

In the future we are also going to offer other types of licenses such as commercial streaming for businesses like cafes and restaurants who want to play background music for their patrons.

6) What genres is Orfium listing?

Orfium is for all genres. Currently there are over 900 genres and subgenres listed.

7) Are there any new developments that have emerged since the launch?

We actually just reached over 100,000 uploads. In the big picture we still have a long way to go but it’s a promising start considering we only just launched.

8) Finally, where do you see Orfium in 5 years? Are you planning any additional developments?

It’s pretty common to see online platforms take around 5 years to mature. In 5 years I see Orfium having a complete library of the world’s free and premium music and being one of the major online music communities for industry professionals and listeners. We have many new features planned over the next couple years including support for DJ sets and live performances, music videos, podcast series, live radio shows, open analytics, geographic searches, personalized music recommendations, and mobile apps. 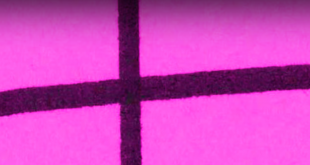 THE CMS NETWORK AND HEAVY METAL TELEVISION ANNOUNCES THE ADDITION OF “LIVE AND LOUD WITH THE LORD” FEATURING EX-STUCK MOJO VOCALIST LORD NELSON! 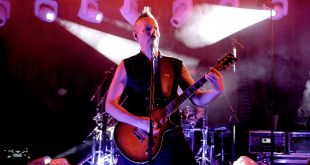