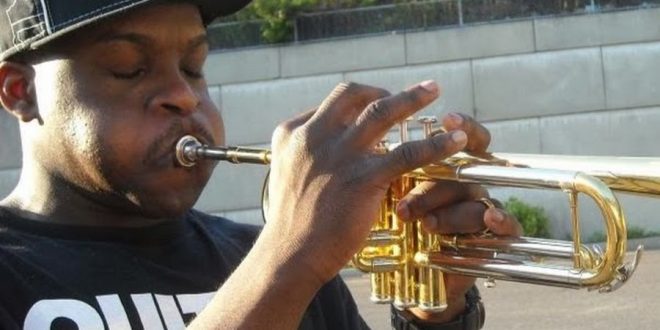 Last year I had the chance to review a very particular album, it was hard for me to label back then because while it had enough music to be considered a music record, the way the artist delivered the lyrics made it difficult to me to put it under that category. Now on 2016 I find myself in the same situation, is it a musical album or an audio book with a soundtrack? The answer: Standing Still Symphony X by Jason K. Addae aka Jokatech is a journey through the mind of a wide range of a creative mastermind, with a very unique vision.

“And Now We Wait” kicks off with this material and immediately we have Jason introducing his first guest, an martial arts fighter who doesn’t limit himself to one particular style and in a subtle way that lecture which repeats over and over again throughout the song, gives us an idea of Addae’s very own mantra and the reason why he likes to experiment with music rather than just focusing on one genre. That being said, the trumpet plays a big role on this album though we got some piano driven songs too like “Brother Muhammad” or drums dominated tracks like “Terrorizing Tokyo” and then we have “Internally Eternally” where the trumpet makes a small appearance from time to time as well as the piano. In the end, if you had to label Jokatech’s music, NOLA’s Jazz plays a big role. But like I said at the beginning of this paragraph, it’s hard to label as the whole album chases a motto that’s somewhat rebellious on its own.

As for negative things to say, well, this is a record you have to really know to review as it’s very unorthodox, so if you look at it in a traditional way then the whole album would be panned down to death as it’s a mix of weird noises and inconsistent sounds and beats with few glimpses of sanity. The album is like a David Lynch movie, it’s very conceptual and it requires for you to go beyond the paradigms established by the industry and the mainstream (even indie) scene, and a little dose of irrationality helps too. There’s a story he’s trying to tell, personally I think it has to do with the martial arts and fighting, few songs even have this very combat familiar elements. If I had to give him a recommendation would have to be to focus on the music. Every song has a potential that gets abruptly drowned down for the unnecessary madness – so try polishing that jazz music, makes it less experimental and more jazzy and I believe he would have on his hands a ticket to success.

Overall, this is not a record for everyone but for a very particular group of people. Thing is Jason approaches its music in a very personal and unique way that might not be suitable for everyone, which sadly as an artist, sooner or later that would translate into anything but trouble and that’s very sad because I really believe he’s a diamond on a rough.