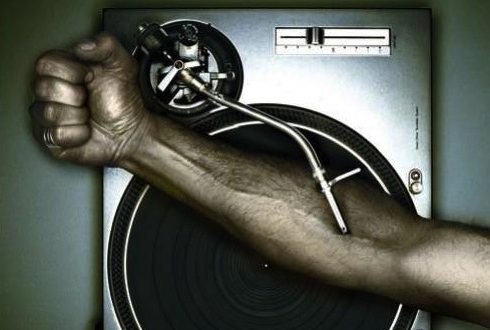 Six Songs You Might Not Have Realized Were About Drugs

The world of music for better or worse is strongly associated with indulgence and drugs are known to play a role in numerous popular songs.

However, there are a number of tunes we all know that are actually about drugs but we may not realise it. Here are six of the best.

‘Can’t Feel My Face’ by The Weeknd

Pop stars and hip hop artists seem to get inspired by drugs like MDMA or cough syrup since they won’t stop singing about it. The Weeknd took a refreshing take on drug-use with their hit ‘Can’t Feel My Face’, which is about cocaine. Abel Tesfaye never actually names the drug or explains why his face is numb. Actually, the song could be about something else, like sex. Or maybe about love. Yeah, right. The song is not explicit and does not mention drugs, but we can’t help but think about Michael Jackson and ‘Billie Jean’. ‘Can’t Feel My Face’ seems to be inspired by the same paranoia and has references to themes such as dealing with superstardom and drama. Michael Jackson was a known cocaine user and this drug also inspired The Weeknd for this hit that topped the charts last year.

U2 was known for consistently playing this song as one of the centerpieces of their concerts in the 80s. The song is dark and the lyrics sound desperate. The uplifting chorus inspired fans and the song can actually be interpreted as being written about any kind of personal struggle. Bono talked about the lyrics in 1987 and explained that the song was written in honor of one of his friends. The friend was named Gareth Spaulding and died of a heroin overdose on his 21st birthday. Bono revealed the story to the audience in Sweden in 1987 and talked about the background of the song again during a concert in Chicago. He talked about heroin and the how the drug had a terrible effect on large cities like Dublin or Chicago.

‘Got To Get You Into My Life’ by The Beatles

You might think that this song is about falling in love, but it is actually about one’s love for marijuana. McCartney talked about the song in the 1997 book titled Paul McCartney: Many Years From Now written by Barry Miles. He explained that the song was an ode to the drug. He told Miles that he wrote the song after he first discovered pot. The lyrics and horn-driven melody of ‘Got To Get You Into My Life’ are not about a person but about the drug. Fans of The Beatles are familiar with the band’s material from the 60s that more clearly reference drug use, but ‘Got To Get You Into My Life’ and it strong Motown and soul influences are not the first song that comes to mind when one thinks about The Beatles and drugs. Even though the song is about drugs, it doesn’t have any the psychedelic elements of their other material. McCartney recalls his first experience with marijuana more than thirty years later and describes the experience as “mind-expanding”, which is reflected into the song. It likely led to him taking other substances such as acid and maybe even Kratom.

‘There She Goes’ by The La’s

The La’s were originally from Liverpool and seemed to be destined to an amazing career in music. They made their debut in 1990 and retrospectively, the fate of the band could have been obvious given the lyrics of their first hit. Listeners might first think that ‘There She Goes’ is about a girl. However, the lyrics can also be interpreted as being about drugs even though some of the band members have denied it. But lyrics like “Racing through my brain, pulsing through my vein” make the theme of the song hard to ignore.

‘Needle In The Hay’ by Elliott Smith

Elliott Smith’s struggle with substance abuse was obvious throughout his entire career. ‘Needle In The Hay’ is one of the most emotional and bittersweet songs, especially in light of his death. Lyrics with a hidden meaning like “You ought to be proud that I’m getting good marks” particularly stand out.

This is probably one of the greatest psychedelic pop songs of all times. Lyrics like “It’s all too beautiful” are emblematic of the 60s. Steve Marriott and Ronnie Lane convey the idea that drugs are really overwhelming. The song was banned by the BBC until the band explained that the song was about remembering a childhood playground. Marriott explained that the song is not about drugs but about feeling high from the freedom of not going to school, but lyrics like “What did you do there? I got high” make the meaning of the song really obvious in retrospective.

Stephen Vicino is the founder of MusicExistence.com. He created this site to give talented musicians a voice and a way to be discovered.
@@svicino
Previous Producer Next To Blow: Valley Guy
Next Two Gun – One Day (Official Video)