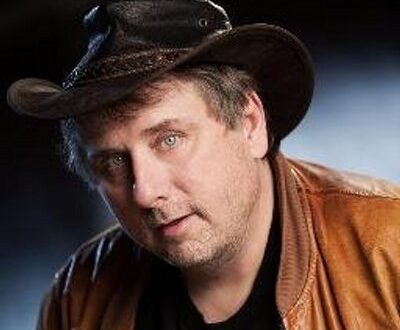 From the land of Gordon Lightfoot and Leonard Cohen, Paul Kloschinsky’s songwriting aspires, in its own individual fashion, to scale similar heights. It has the same personal tilt placing him apart from a sizable contingent of peers north of the border and throughout the United States. Kloschinsky’s songwriting doesn’t stake out any new territory in regards to subject matter, but that isn’t the purpose behind albums such as this. Instead, his latest release Nobody Knows is a multi-level experience. It’s one part personal journey, one part commercial music experience, and another part master course on songwriting fundamentals. Kloschinsky excels in each of these areas because he approaches his own material with clarity of purpose and a willingness to lay himself open as a performer.

Few tracks on Nobody Knows illustrate this better than the opener. “Fallin’ For You” is an intensely rhythmic rising curtain for Nobody Knows and Kloschinsky sinks his teeth deeply into the song’s vocal melody. The inspired performance makes great hay out of already exceptional lyrics, notable for its narrative merits, and compliments the music exceptionally well. The title track has similar strengths, but Kloschinsky employs them differently. The title song simmers rather than explodes – the undercurrent of mild annoyance over life’s uncertainties gives the song a distinctly different tone than many of the other efforts on the album. “I Long For You” is a surprising twist on the album’s customary formulas thanks to the utilization of classical influences woven around Kloschinsky’s usual assortment of acoustic pop poses.

“Ravish Me” continues a theme on the album of uptempo folk rockers with a laconic vocal touch. If you listen carefully to songs such as this, it isn’t difficult to hear a little punk, Euro or otherwise, straining through the mix. The effect is understated, but present. It’s a little bit of true rock and roll spirit leaving a little blood on the floor. Other tracks however, such as “Sing for the Silence”, pull Nobody Knows in unexpected directions. There’s an exotic flavor to the arrangement that Klonchinsky plays to with deliberately elongated vocal phrasing. “Can’t Forget About You” echoes “Ravish Me” some with its rough and tumble spirit, but it goes a step further and brings unexpected edge late in the proceedings. The second to last song, “Tell Everybody”, is a Dylanesque romp with the requisite bittersweet humor about thwarted emotions. Klonschinsky does an excellent job embodying the lyric’s dramatic potential, but the crowning musical touch is the fluttering harmonica lines enlivening the melody.

Nobody Knows ends with the track “Xmas Time Is Near”. The finale is high quality, but a bit of a missed opportunity. The nature of the indie production job renders Kloschinsky’s vocals far too distant, covered up seemingly by a pillow over the mic, and it dilutes the song’s possible impact. It is possible, however, to discern glimmers of what might have been. It likely ranks as one of Kloschinsky’s best songwriting efforts on the album. There’s little sonic marring, as a whole, to be found on Nobody Knows. Most of Kloschinsky’s songs gain some unintended atmospherics from their production weaknesses and, regardless, the intent and skill of the material invariably comes through.