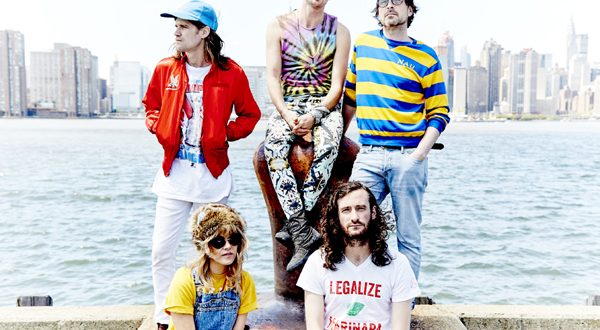 Brooklyn by way of New Zealand quintet Streets of Laredo is pleased to announce the release of their sophomore album, Wild. The album will be released on October 14 via Dine Alone Records and was produced by John Agnello (Kurt Vile, Sonic Youth, Dinosaur Jr.).

Relix premiered the official music video for the first single off the album, “99.9%”.

In an interview with Noisey, Dave Gibson describes the track: “Most of these lyrics were written on a napkin at a bar in the East Village, in possibly the most stereotypical & clichéd way one could imagine — a depressed songwriter finishes his shit day job, goes to Black & White by himself, gets drunk, and writes lyrics on a napkin. There was also a poet, and he was yelling.” Stream “99.9%” here.

Daniel Gibson recounts making the video: “It was super fun making this video, and we had a bunch of footage we had shot from roaming around Brooklyn. Dave and I hadn’t directed anything before, so we got together and came up with a concept, and then reached out to a few of our filmmaker friends. We chose to do it this way, so we all felt comfortable. Working with our best friends meant we got natural performances in front of the camera and great moments.”

Mixing rolling lyrics reminiscent of Bob Dylan with a golden era of indie rock sound, “99.9%” manages to be both honest and hopeful in the face of everything going on in the world today. The album carries this energy throughout it, with charming folk melodies, sparkling guitars and warm horns gliding over poppy, driving beats. From its mellows to its highs, Wild is a full, fragrant record.

Streets of Laredo is comprised of close-knit family members Daniel, Dave, and Sarahjane Gibson. Their debut album, Volume I & II  (2014, via Dine Alone Records) landed them a spot on Billboard‘s “14 New Zealand Acts You Need To Know About” list and won them first prize in the Adult Album Alternative category of Nashville’s Unsigned Only Awards. They’ve also just finished a tour with Shakey Graves.