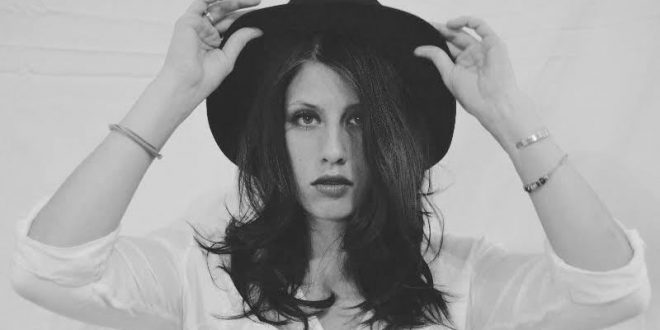 Taylor Tucker’s Leather Shoes EP, has a little bit of everything in it for listeners. As a singer/songwriter she mostly taps into the pop genre with some upbeat numbers and some dazzling ballads.

It is on these slower paced songs where Tucker excels. Opening the album is “Enough to Me,” with strings already providing a full sound to the song before it really gets going. When Tucker starts to sing in a deep rich tone it has shades of some of the best songstresses around in the current music scene, like Sara Bareilles. Tucker goes from her lower register to her higher register with ease displaying how wide her vocal range is and she pulls it off spectacularly. She knows how to play to her audience, quiet and softspoken at points and then boldly strong the next minute, but it all connects in a powerful fashion. “When the world is heavy on your shoulders I will lift it up,” Tucker sings throughout the track and one can’t help but feel the emotional security she is presenting. It’s a great start to the EP as Tucker puts her best foot forward.

“Memory” is another ballad, but here Tucker uses the backdrop of ambient and sparse instrumentation so that the main focus is her vocal performance and the lyrics. “I refuse to lose myself if I ever lose you,” Tucker declares and that might as well be the main message of the song and one that is really important to send to listeners. Tucker is strong, how could she not be with lyrics like that, but she is also extremely vulnerable and delicate, pouring out her very being into a song for the whole world to listen to. It’s something artists do with each song they release, letting strangers in on their own experiences, but Tucker really allows listeners in on her own personal stories and in doing so lets them be able to connect with the track.

There are two different takes on the last tune on the album “Take It Easy.” One is a full instrumentation presentation of the song and the other is purely acoustic, and it is the latter that is far superior. When one has a voice like Tucker it should shine, and with minimal backing, just a guitar, it allows listeners to solely pay attention to her vocals and her songwriting skills. “Some day you’ll look back and you’ll say worries are for nothing,” she sings and then delivers the best lyrics on the entire album: “bright suns come after dark/good times after hard.” Because the production is so simple here it really allows the words Tucker has written to hit hard and gives listeners a time to digest them. It’s without a doubt one of the highlights on the EP.

Unfortunately when Tucker turns away from ballads and to more upbeat pop infused tunes she loses a little bit of what makes her such a special artist. “Leather Shoes” has a great horn section and a cool vibe, but Tucker’s vocals are a bit diminished, even as she tries to inject some soul into the tune. Meanwhile “Don’t Say It,” with a girl and her ukulele feel, complete with birds chirping sound effects is quirky but doesn’t exactly feel consistent with the rich sound Tucker has already established. It’s catchy and brass but it doesn’t flow with the rest of the album.

Though the EP is short, it does show that Tucker has a lot of range and there is sure to be something on it for everyone to find something to like.