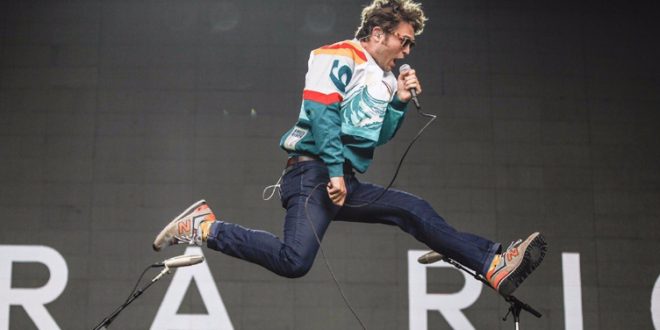 On the heels of an incredible set during the Outside Lands festival this past weekend, Ra Ra Riot are happy to confirm a slot at this year’s Austin City Limits Festival on October 9.  Further the band have now confirmed a run of headlining shows this Fall. The band have already announced their Fall tour with Young The Giant and these dates will take place in conjunction with that tour.   The newly confirmed shows are are:

The Young the Giant Tour kicks off September 6 at Cleveland‘s House Of Blues and concludes on November 4 at the Aragon Ballroom in Chicago.   Along the way, the tour hits New York City for a show at  Radio City Music Hall on September 17 and Los Angeles‘ Greek Theater on October 21. The complete list of Ra Ra Riot’s tour dates is listed below.

Need Your Light (Barsuk), Ra Ra Riot’s newest album, was released earlier this year and the current single “Water” is now impacting at radio with spins at stations across the US.   Since the album’s release, Ra Ra Riot have criss-crossed the US playing to packed, sold-out audiences.  Of Need Your Light Pitchfork noted “they have finally hit the sweet spot” and The LA Times called  “Water” “impossibly catchy.”   Further accolades came from Entertainment Weekly who said “Need Your Light, might be their most artful and catchiest set yet.”   Harper’s Bazaar said “The singles from Light don’t stray from the band’s fun indie vibe.”