Home / Album Reviews / Callie Hopper – Out of the Shadows 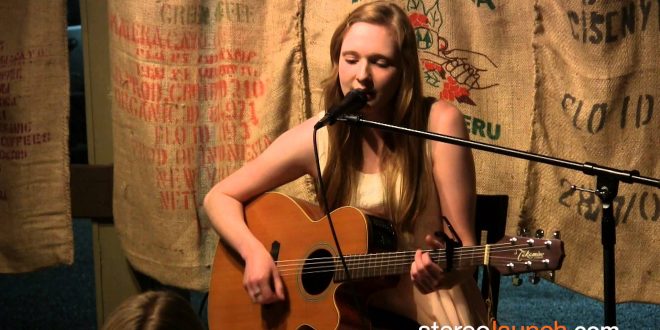 Callie Hopper – Out of the Shadows

Callie Hopper – Out of the Shadows

Callie Hopper, based out of the Nashville area, has been impressing listeners and live audiences across the country since the 2014 release of her debut album Notes on Love and Such. She’s parlayed its success and praise into on-stage appearances at some of the nation’s most respected venues for this kind of music. Her latest album Out of the Shadows is unintended testimony to how successful her efforts have been. Her first album is exceptional, but this is the step forward that she was certainly aiming for. The thirteen songs on this album show off impressive musical and vocal dexterity without even a single note playing like pure product. These are impressively sincere works. Hopper’s genuine depth can be heard in every vocal turn and her artistry is such that material capable to falling into melodrama is, instead, redeemed in her golden throat. Out of the Shadows is, likewise, an immaculately produced effort that presents her skills in the best possible light.

She audaciously kicks things off with the confident, mid-tempo title song. Hopper clearly stamps her personality all over songs like this, as she does for the remainder of the album, and there’s little question that she is the centerpiece of the presentation. The band, however, are far from slouches. The drumming, in particular, is a major component of this song’s success and strikes a notable contrast with the dynamic qualities of Hopper’s voice. The band assumes a little more of a prominent role on “Fire and Ice” thanks to band member Chad Alexander’s vocal duet with Hopper. Their voices are quite complimentary and the song clearly understands the form and function of duets in popular music – essentially, the song is a call and response dialogue between the two singers, but when their voices come together in harmony, they achieve a new and not entirely expected beauty. The acoustic guitar propelled shuffle of “I Never Told You” gains added power from the hard-hitting drumming. Things lighten slightly as the song progresses and the song certainly shifts into a higher gear for the chorus.

She tackles the ballad form in the country influenced “Hold On”, but like elsewhere on Out of the Shadows, one particular style is never dominant. Instead, the country influence melts seamlessly into her pop sensibilities once again and her vocal touches on both areas without sacrificing any focus. “Darlin’” is a little bit swing jazz and a little blues with Hopper guiding it all through her vocal. She demonstrates tremendous stylishness without ever betraying the emotional weight in the material. The album’s penultimate song, “Drowning”, is perhaps one of the album’s darker, more downcast moments, but Hopper and the music never revels in purple melodrama. Instead, they deliver the material without irony and the good taste required to maximize its impact on listeners. It’s the final gem on an album littered with a number of brightly shining jewels. Out of the Shadows brings Hopper completely out into the open at last and she sings with all the passion and attentiveness a serious music could ever hope for.