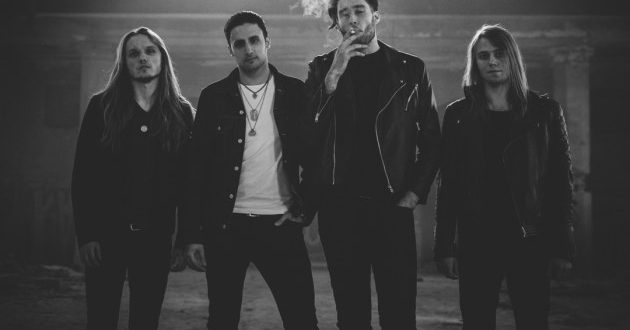 For their debut LP, Detroit-based hard rock act Citizen Zero come through with a the hard hitting State of Mind which focuses on powerful vocals and sharp instrumentation. The quartet, comprised of Josh LeMay, Sammy Boller, John Dudley, and Sam Collins, have a style that is heavily rooted in classic rock though they have done a fair job of adding a modern flavor and making their sound accessible to casual fans of the genre.

The album starts off with “What a Feeling,” a heavy dose of adrenaline that perfectly encapsulates what this band brings to the table. With a fun guitar opener and a vocal performance that is quite impressive from Mr. LeMay, “What a Feeling” is a track that is likely to please practically anyone who likes their rock music hearty and wholesome. It’s a song that demands its listeners to turn up the volume and belt along with the lyrics without any trickle of doubt. This style is also perfectly executed on the third track, “Save the Queen.” With a catchy, classic rock vibe and some of LeMay’s best vocals on the entire record, “Save the Queen” will likely take listeners back a few decades to the era of music that had an emphasis on stadium rock. The band as a whole works incredibly well off of each other and doesn’t hold back at all here, allowing the track to take over and become one of the brightest parts of the entire LP.

State of Mind doesn’t always only focus on pure forceful rock and roll though. Track 4, the title track, features a surprisingly danceable hook that pairs well with its ZZ Top-esque guitar work. The eighth track, “Applause and Fame” slows things down on the album and offers a more emotional punch that adds some diversity to the record. The track is reminiscent of King of Leon thanks to its warm vocals and echoing instrumentals that the band has once again proven to be very skilled at pulling off. Track 7, “Love Let It” is a more uplifting song that does a good job of not becoming too schmaltzy while still remaining engaging. The presentation of the song isn’t too flashy but it still comes across as powerful and very enjoyable to experience. Arguably the most interesting point on the album, however, would have to be track 10, “Bangin’ in the Nails.” With religious imagery, haunting atmosphere, and a gospel choir surrounding its explosive climax, the track is a stark contrast from what we’ve seen on the rest of the album but that’s not actually a flaw. The track itself deserves some attention thanks to its interesting presentation and subject matter that is left up for discussion.

Where the album does fall short is mainly its production. At times, the production and mixing felt a bit watered down and that made some moments feel rather stale. With all of the performances from each band member being so good, it was a little disappointing to not be able to clearly make out every element from time to time. If the sound was just slightly more clean in certain parts then the album as a whole would be a bit more enjoyable. Nonetheless, Citizen Zero have definitely come through with a very impressive debut here.
With State of Mind, Citizen Zero have pulled off an LP that is somewhat safe, but still very good. Within only the first few tracks, you can tell that the band is quite serious about their work and they intend on pleasing their fans and evolving as musicians. Though they are still young in their career, Citizen Zero have the potential to make some waves in the rock community and this debut is definitely a sign of good things to come.

Cain Miller is an aspiring writer who hopes to work his way up and gain notoriety for his material. Having written about film, television, music, and sports, Cain is always looking to gain as much experience as he can and continue to improve his writing abilities.
@cainemiller
Previous Gallery: Bush at Webster Hall in NYC 08.6.16
Next GAME OF THRONES LIVE CONCERT EXPERIENCE 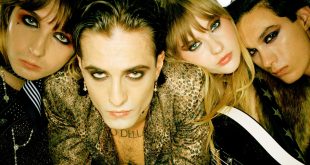