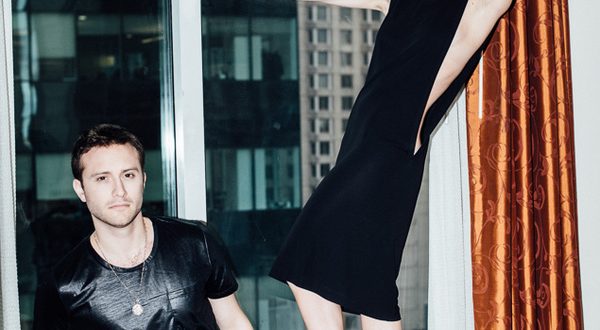 NYC indie pop duo SLOW SUGAR have emerged with their debut single “Hypnotic Love,” a soaring, sensual track that Idolator refers to as “smoldering with intensity.” Armed with a mix of pop and indie sensibilities, Slow Sugar’s carefully crafted alternative pop sound is not only immediately infectious, but also intricate and deep. After only a year on the scene, it’s clear Slow Sugar is a force to be reckoned with in the New York pop game.

In 2012, a chance meeting in a UPenn student jazz combo brought together the sultry vocal stylings of lead singer Danielle Harris and the songwriting chops of guitarist, vocalist, and producer Alex Utay. Both NYC born and bred, the two immediately connected and started seeing shows around Philly together. They soon discovered that they shared a love for the intricate vocal inflections of old-school blues and jazz, as well as the innovative textures and soundscapes of modern pop and indie. Two years later, just as Danielle graduated and moved back to NYC, Alex quit his day job there and the two started writing songs together. Soon, the duo began performing notable shows around the city – including showcases for Communion Music and CMJ, as well as dates at Mercury Lounge and Highline Ballroom. Riding the wave of this momentum, the duo headed into the studio last winter to record their debut EP with up-and-coming producer Jon Buscema. Armed with this forthcoming EP and a captivating live show to back it up – it’s quite clear: pop has never tasted so good.

“‘Hypnotic Love’ came from spending 48 hours straight in my (now ex) boyfriend’s bedroom when we had just started dating,” explains vocalist Danielle Harris. “The song captures the experience of intense infatuation with another person, where being around them alters your state of consciousness.”