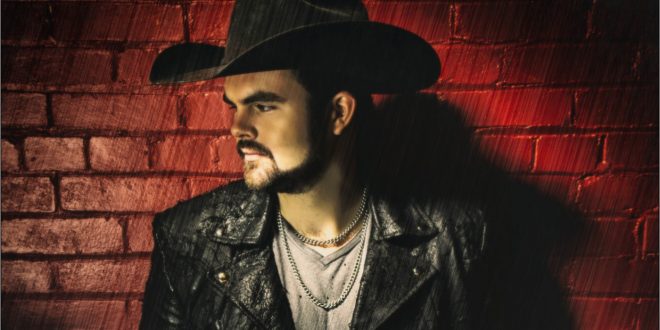 Up-and-coming Country vocalist Denny Strickland’s “Get A Grip” lyric video premiered yesterday on THE BOOT. The visually-enticing clip, created by Buz-Videos, ably mirrors the lyrics with deftly applied effects. Pulsating and colorful, the images are mesmerizing.

“It’s really different,” admits Strickland. “It’s not your typical Country song. Even though there’s lots of traditional imagery, there’s a Rock thing going on that kinda sneaks up on you.”

According to One Stop Country, “’Get A Grip’ leans heavily on the Pop side of Country … (and) will draw comparisons to Chris Lane and Thomas Rhett.” The track is available to radio via Play MPE and CDX (Volume 637), and fans can purchase on iTunes, Spotify, Amazon and Google Play.

“Get A Grip” follows two hit singles on the MusicRow Country Breakout ™ Chart: the full throttle “Swerve On” and the suggestive “How Far You Wanna Go.” Denny’s sultry acoustic cover of Conway Twitty’s “I’d Love To Lay You Down” earned him a staggering four-week #1 run on the Hotdiscinternational chart. Strickland performs across the U.S. and has enjoyed sold-out shows during CMA Music Festival week and opened for many of today’s biggest stars (Maddie & Tae, Jamey Johnson, 3 Doors Down, The Kentucky Headhunters). Fans can learn more about Denny online at:Country Music News International, Waynesville Daily Guide and Roughstock.