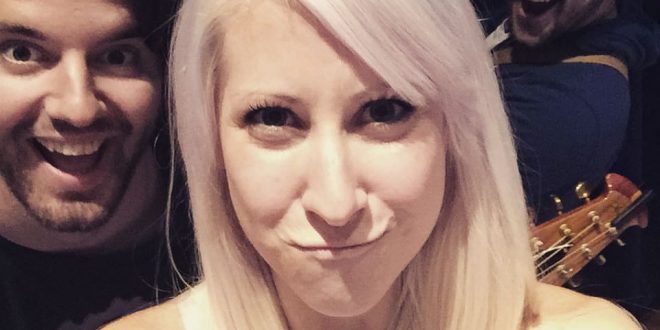 The first album from the Charlottesville, Virginia based five piece Skyward attempts to tie the ear-catching pyrotechnics of aggressive alternative rock guitar with synthesizer textures and a melodic pop sensibility. It results in a fleet footed vision of alternative rock that moves it ahead more than a few steps into 21st century relevancy. There is a hint of the progressive in the eleven songs making Skyward’s debut, but it doesn’t result in winding epics. Instead, Skyward prove particularly skillful at condensing their grandiose musical vision down to cuts running no more than five minutes in length. This relatively narrow space is packed tight with variations of light and shadow, crescendos, and jolting passages of lyrical beauty. The fusion of such disparate styles comes off thanks to the clarity of their vision – Skyward sounds sure footed throughout each of these eleven songs.

It is obvious from the outset. “Casualty” swings the album earnestly into action with its powerful Sturm and Drang between Jordan Breeding’s guitar, the thunderous rhythm section work, and Anna Breeding’s sheets of expertly deployed synthesizer wash. “The Floor” is another rock minded track with slightly tempered guitar, but its uses are directed elsewhere. The rhythm section and guitar works well together pushing the track to a full on stride that unpredictably verges on cock rock and takes on a decidedly cerebral edge. The sonic cavalcade on display throughout the entirety of this album can sometimes obscure the superior intelligence working to assemble this material. One of the chief virtues of the material on Skyward is its construction and the unexpected literary quality of the lyrical content. These songs simply hang quite well together and never insult the listener’s intelligence with an assortment of tired tropes.

They take a decidedly different turn with “Animal”. This song is like a crackling wire, giving off sparks from the first notes on, and vocalist Jonathan Huang capitalizes on the well-conceived arrangement by delivering another forceful, evocative vocal. The atmospherics increase on “Burn”, a glowering and intense musical journey packed with countless dramatic turns. Huang embodies the lyrical content with great emotiveness and never overstates its content. “Now” is a high octane propulsive assault, easily the most glaring example of such an effort on the album, and Huang nails the lyric with a bloody, urgent performance. Anna Breeding takes over the primary vocals on “(M)arrow”, one of the most sensitive outings on the self titled debut. The band creates a glass-like, fragile musical beauty for her voice to inhabit and the upper register never restricts her from exploring her emotional range. “Giving Tree” and “Drag Me Through” end the album on two distinctly different notes. The first song is another delicate offering, even more starkly beautiful than the earlier “(M)arrow”, and Huang will impress many with his carefully rendered vocal. The final song is a near anthem with a slightly wounded edge, but it concludes the album on an impressive defiant note. Skyward is a powerhouse outfit with a bright future.