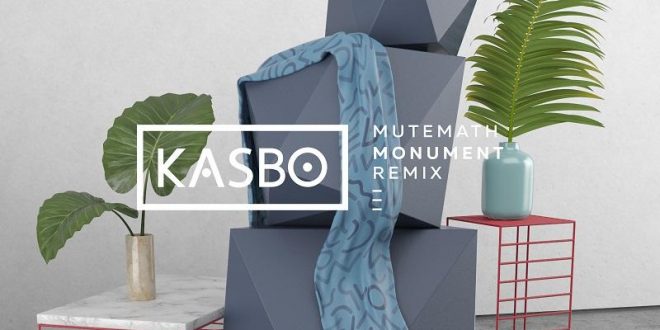 New York, NY – August 3rd, 2016 – GRAMMY-nominated, alternative rock band MUTEMATH are excited to release a remix of their hit single, “Monument,” that comes courtesy of Kasbo – a young DJ/producer that Dancing Astronaut has called “Brilliant.” The track is now streaming via Redbull.com/Music. PRESS HERE to listen!

“Monument” is the lead single from Mutemath’s critically acclaimed album- VITALS. The track is well-known for its accompanying viral video that captured the heart of Ellen DeGeneres.

Kasbo has been generating buzz lately with his latest remixes and original singles. His most successful track, “World Away” which was released on ODESZA’s Foreign Family label has garnered 6.5 million streams. He didn’t stop there as he just unveiled his debut track via Glass Note Recordings – a remix of The Temper Trap’s “Fall Together.” Additionally, his remix of the hit single “Trap Queen” already has over a million streams in the matter of just a few months.

They guys will wrap up their run as special guests on Twenty One Pilots‘ “EMØTIONAL RØADSHØW” tour with two sold out shows at Madison Square Garden next week, and up next – they’re preparing to release a remixed version of VITALS featuring re-imagined and re-worked versions of the original album. The collection includes remixes by many notable artists and producers and will include the winner of their Monument Remix Contest, Disero.