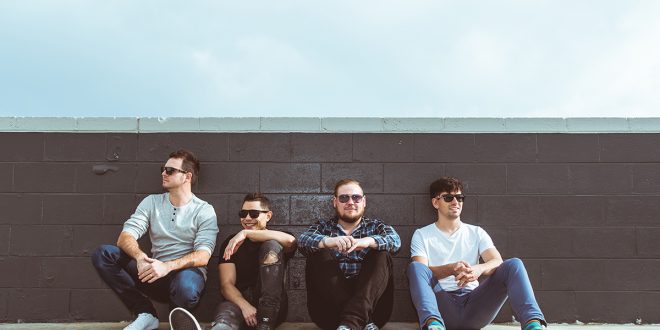 The Plastic Attraction was hatched in Perth when schoolyard friends – Liam (vocals), Matt (guitar/vocals), Horna (bass/vocals) and Chris (drums/vocals) decided that after many years of talking about it, they would batten down the hatches and write some music, channeling 90s rock with a fresh flavor and less denim.

The Plastic Attraction started with a communal sharing of riffs, jamming, experimenting with different sounds and building up a base of demos. Once the band amassed a collection of riffs, ideas and songs, they sifted through them to see what sound worked for the band and which ideas jumped out at them as keepers. Throughout the sorting and sifting process, the band played band nights at pubs and clubs to test their material and hone their live show.

‘Holding You’ is the band’s debut single. The track was recorded at Sumo Sound Studios in Perth by Tristan Sturmer (Sparrow, Verge Collection, Make Way For Man) and was mixed by highly acclaimed audio engineer Andy Lawson (Tired Lion, Eskimo Joe). The icing on the sonic cake was the mastering by the inimitable Leon Zervos (Boy & Bear, Art vs Science, Last Dinosaurs).

Lead singer, Liam says, “’Holding You’ was born when Matt and Horna were jamming on some ideas and came up with that opening riff. The whole song stemmed from that intro section and once the drums came in, the song seemed to come together very naturally.”

Once you dig beneath the lush harmonies, interwoven bass and guitar and airy-high fidelity sound, you realise that ‘Holding You’ is the classic tale of boy meets girl, girl promises boy everlasting love, boy and girl breakup, boy has extreme difficulty letting go.

Obsession, ego and delusions of grandeur rear their ugly head throughout the song as the lyrics describe the heartbreakee’s deeply misguided belief that the ex should have to stick to all those things she said while they were together.