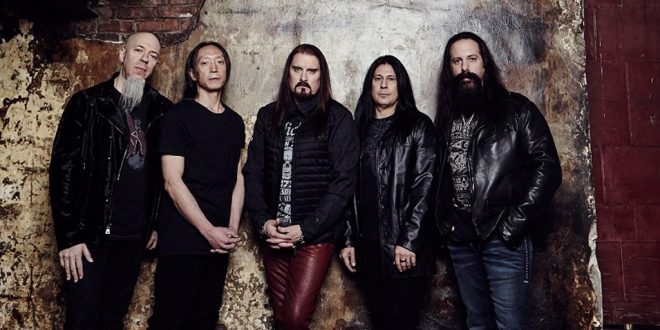 For three decades Dream Theater has redefined the parameters of hard rock and progressive heavy metal.  Embraced by a legion of fiercely devoted fans around the world, Dream Theater’s diverse compositions, and effortlessly authentic output, has been rewarded with Grammy nominations, over 12 million in worldwide album sales, and countless accolades from media and peers alike. They’ve shared stages with iconic institutions like Deep Purple, Iron Maiden, Yes, and Emerson, Lake & Palmer.

The Astonishing, the band’s 13th studio set, launches a brand new fantasy mythology. It’s a retro-futurist post-apocalyptic dystopia ruled by medieval style feudalism. It’s a place aching for a Chosen One to rise above the noise and defeat an Empire defined by the endless drone of noise machines and the illusion of safety in bland conformity. The Hunger Games buttressed against Game of Thrones, with an infusion of Escape from New York, all through the unique prism of Dream Theater.

Dream Theater’s fans expect the best, always, and they welcome progression, change, and the pursuit of creative muses in equal measure. It’s this tireless devotion that’s allowed co-founders John Petrucci (guitar) and John Myung (bass), enduring cornerstones LaBrie (vocals) and Jordan Rudess (keys), and five-years-deep Mike Mangini (drums) to build a liberating creative environment where they seamlessly transition from the Rush-meets-Metallica shred of early ‘90s MTV hit “Pull Me Under,” to the Pink Floyd infused atmosphere of “Peruvian Skies,” to the 20 minute epic “The Count of Tuscany,” with some of their most inspired work erupting in just the past few years across modern, legacy-cementing platters A Dramatic Turn of Events (2011) and Dream Theater (2013). Dream Theater’s first conceptually driven album,  Metropolis Pt 2: Scenes from a Memory (1999), is spoken about by fans in the same reverent tones as those by The Who, Pink Floyd, Green Day, and Nine Inch Nails. 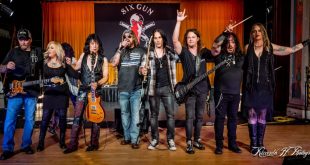