Home / Album Reviews / Brent Daniels – Every Road has a Turn 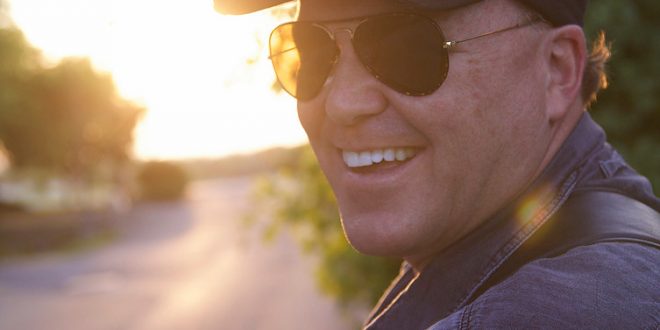 Brent Daniels – Every Road has a Turn

Brent Daniels – Every Road has a Turn

Country music has gained a new artist with the likes of Brent Daniels. With the release of his debut album, “Every Road Has A Turn,” he ends his long hiatus from music. Brent has played guitar and sung since the age of 7. Life took him in a different direction but once product Robyn Robins heard his talent, that hiatus came to an end.

Brent offers 40 minutes of emotional, vulnerable, catchy and fun songs. Brent has a great voice and when accompanied by a guitar offers a memorable country influenced sound. I enjoyed listening to each of the songs on the album and found them to not only be interesting, but painted a vivid picture in my mind of another way of life. Each song was like another chapter to his story and I was intrigued to keep listening.

Songs like My Trucks Bigger Than Your Truck and Young Wild and Crazy are great songs but weren’t really my style. I found them hard to connect with. Hold On, My First Friday Night and Love You Down became instant favorites of mine and I put them on repeat a few times. I enjoyed the raw emotion of the lyrics and how vulnerable Brent sounded while singing it. The album is full of songs that gets you out of your own head and takes you to another place. I love when music can transport you and you get a glimpse at another life.

Working with producer Robyn Robins, song writer Dallas Davidson and Steve Hinson, and Troy Lancaster who have worked with the likes of Randy Travis and Tim McGraw has definitely paid off as Brent was able to create a really memorable, fun album and portrays his talent seamlessly.

I can definitely see Brent Daniels touring alongside some big names like in country one day. To listen to the album yourself you can find him on Spotify.