Home / Album Reviews / EP Review: The Girl and the Dreamcatcher 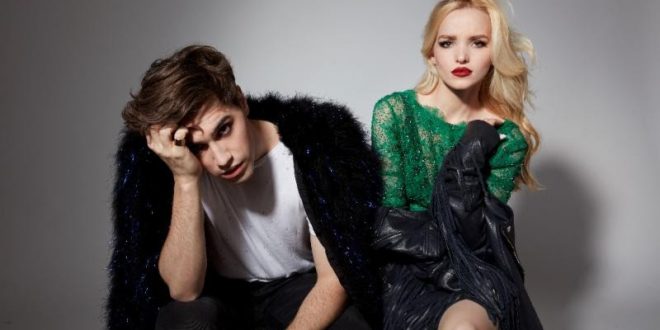 EP Review: The Girl and the Dreamcatcher

Disney Starlet Dove Cameron (of Liv and Maddie ) and Ryan McCartan have teamed up as The Girl and the Dreamcatcher to release an EP entitled Negatives, which while not exactly hitting it out of the park, shows promise for the duo.

“Glowing in the Dark” pretty much follows the same standard pop song formula that is heard throughout the album, but there’s something a little special about it that elevates it. McCartan and Cameron take turns singing, before coming together to belt out a catchy and memorable song. Their voices meld together beautifully, each complimenting one another. Both the verses and the chorus are strong and show a bit of edge to it and that is what helps separates it from other predictable songs on the album. The chorus is so infectious it will be hard to get out of ones head upon first listen and it definitely deserves to get national radio airplay.

The end of the EP is where the duo seem to branch out and really find a unique sound, showing a trajectory The Girl and the Dreamcatcher could be on. There’s a primal feeling to “Cry Wolf” both in instrumentation and in the verses. Yes, it’s still a pop song, uptempo, but something feels a little more dangerous here, perhaps in the lyrics about a relationship that one can’t resist but come back to over and over again even if it’s not the best for them. The chorus is another example that McCartan and Cameron have a lot to say and showcase to the world. The tune may not be perfect but it is miles above the more safer tracks on the record.

Often the best songs are saved for last and that couldn’t be more true than here, when the duo break out the ballad “Monster” which rockets them into another stratosphere, proving that when pushed, the duo are capable of great songs that go beyond what might be expected of Disney stars. It’s slow burning and McCartan and Cameron take turns on the verses, giving them both a chance to shine. But it’s when the two come together for the chorus singing “I’m a monster but I want ya/what does that say about me” where the song finds its sweet spot. It’s unlike anything else on the album, McCartan especially giving a breakthrough vocal performance and when he hits the falsetto on the chorus one can’t help but swoon.

Unfortunately the rest of the album is predictable and falls flat. “Make You Stay” feels like a song we’ve heard a million times before and nothing new is brought to it. “Gladiator” suffers from a poor chorus that does not leave a lasting impression on listeners. But The Girl and the Dreamcatcher still show a lot of promise, and if they continue to go the way of “Monster” and keep pushing themselves, the next EP could be brilliant.

retro music enthusiast. Dreamer. Kind of odd. Writer
@twitter.com/for_no_one1014
Previous Album Review: Kira Small — 3 A.M.
Next Interview with Andrew Shapiro – “The only way to impress other people is to impress yourself first.”