Home / Album Reviews / EP Review: A World Away – Wake Me Up 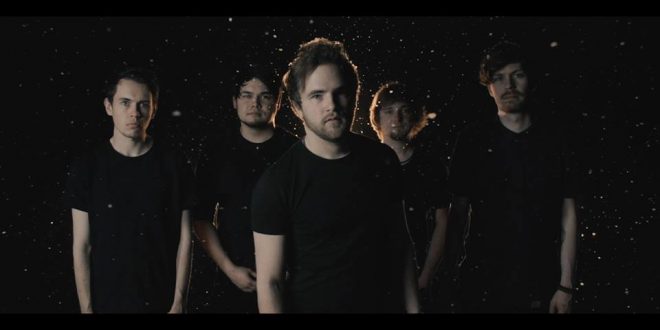 EP Review: A World Away – Wake Me Up

Independent alternative rock band A World Away is set to release their debut EP, Wake Me Up, on July 30th. This collection of seven songs is so full of complex and intriguing melodies that I find it hard to believe I’m not listening to a full album.

Formed in December 2015 in Milton Keynes, UK, A World Away is made up of Ollie Bennet (vocals), Tim Hewitt (guitar), Jim Terrill (guitar), Rob Hemsley (bass), and Pete Beads (drums). The band released the single “Wake Me Up” earlier this month, following the releases of “Puppet,” and their debut single “The Choice,” all from the Wake Me Up EP. The quintet has shared the stage with names like Mallory Knox and Young Guns, and is set to headline a show in their hometown for the release of Wake Me Up, supported by ACODA, Forever Never, and 48 Hours.

There’s a soft and silky fade in to the EP’s introduction, which then explodes to the title track with clear drum beats, heavy bass, and rising guitar melodies. I feel as though this song presses the importance of being more aware of the world. Of making an effort to see everything more clearly.

Sweeping melodies kick off “Take Over The World,” which is full of interesting arrangements. They almost fall into disarray, but actually make this song truly unique, fueling it with relentless breakdowns behind the guitar solo. I’m drawn to the band as a whole instead of just one or two members at a time.

With lyrics full of contradictions, “Unaligned” has a distinct pop-punk feel that lightens the mood, even if only musically. A World Away clearly enjoys complex bridges, and this song is no different from the first two in that respect.

Not even a moment separates “Unaligned” from “Stride By Stride” as the latter builds off the last note of the former. Setting the pace for the rest of the band, Beads’ drums pound anxiously, strong and intricate throughout the entirety of the song. From the quiet start that’s similar to “Wake Me Up,” to the fierce ending, this number about never backing down from a challenge does not relent from its furious pace.

Featuring a more tender opening verse than the rest of the EP so far, “The Choice” is a powerful track. I feel as though the band does threaten to overpower the Bennett in places, but it works well with the song’s theme of feeling trapped by the choice “between a burning furnace and a noose.” With a speech excerpt by Terence McKenna, the bridge of this song stands apart on the EP in its soft, soaring vocals set behind the sweep of guitars.

“Wakening” starts with solitary synthesized notes that are easy to miss until the soft bass enters to lend the arrangement more structure. Quiet echoing vocals add dimension during this interlude, but it’s short-lived as A World Away comes back to finish the EP with “Puppet.” It’s a call to cut the strings and lead your own way, coming in as a sudden burst of uplifting energy that I can’t help but smile at and sing along to. I find myself swept up by the heavy, driving rhythms and melodies, and like the rest of the EP, this song features another intriguing bridge that is every bit as soft and quiet as the rest of the track is loud and proud.

I can’t help but wonder how the songs from this EP will sound live. With A World Away’s arena-sized alternative rock sound, I have no doubt that this Saturday’s headline gig at The Craufurd Arms in Milton Keynes will not disappoint. So, if you’re in the area, you can check out the details of the show here. Be sure to grab yourself a copy of the Wake Me Up EP on iTunes or Bandcamp, or stream it on Spotify when it drops on the 30th. Until then, be sure to show the guys some love by checking out their video for “Wake Me Up” below.