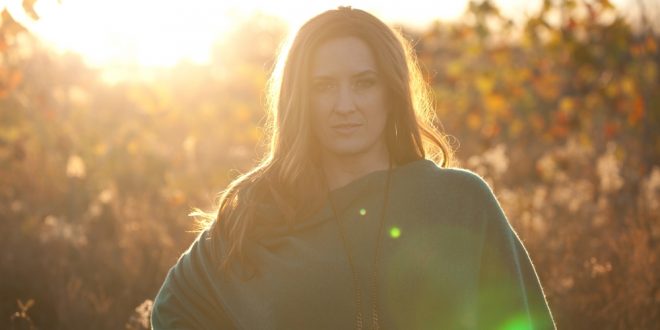 Kira Small titled her album 3 A.M., but Frank Sinatra’s In the Wee Small Hours, this album ain’t. Although there are exceptions, such as “For Love’s Sake” that are quieter, the most of the music filling out this album will than likely wake up the neighbors — if played at the required volume. Small may call Nashville home, but the soul/R&B music she creates sounds more like the stuff that typically comes out of another famous Tennessee city – Memphis.

With that said, though, just because Small’s music is best served loud, doesn’t mean it’s also particularly fast. For example, “Gift That Keeps On Giving” features the sort of girlish vocals that would have made Aretha Franklin proud back during her prime, Small takes the advice, ‘easy does it,’ to heart. In other words, she’s in no big hurry to sing out her message. Sung over a burbling bass line, jazzy keyboard notes and a groove that support Small’s words of sincere appreciation, the song comes off as a musical pause to reflect upon how sometimes a loss can actually lead to gain. She even rephrases an old gospel song by announcing, “Every day I’m more amazed at how you love me with such grace.”

When Small sings, “Don’t make me beg for your attention,” the mixture of her words and the tone of her singing style bring back fond memories of vintage female soul singers like Etta James. The warm support of a horn section immediately gives this music an enjoyably retro feel. It’s funny how some folks think singers like Adele are so modern, when she does some of the same things as Small, which is drawing upon time-tested soulful musical tactics. This kind of music always sounds so good because it is built upon solid foundations.

Like Adele, however, this kind of a woozy morning after can’t work without undeniable talent. Small doesn’t just sing her way through these songs; she, instead, works out each syllable, as on “Send Him Home to Me,” where it’s almost as though she’s living out this scenario right before our very ears. Although these early morning thoughts are the kind that keep a person from needed sleep, Small is nevertheless thinking absolutely crystal clearly.

All of the songs contained on 3 A.M. are heart-to-heart songs. Small isn’t trying to bring about world peace or figure out a way to pay her bills. She’s attempting to do a little personal heart surgery, instead. Sinatra may have recorded his bold musical statement many years prior, but – to paraphrase Led Zeppelin – the song still remains the same. Man may be able to turn telephones into computers and launch satellites into the far reaches of outer space, but we’ve yet to figure out a way to make coupling work seamlessly and painlessly. Small expresses the pain most all of us have felt at least one time or other. They call this music soul music because – if it’s done correctly – it comes straight from the soul. And with 3 A.M., Kira does soul music right.

Previous Album Review: Beansidhe – Mónt
Next EP Review: The Girl and the Dreamcatcher