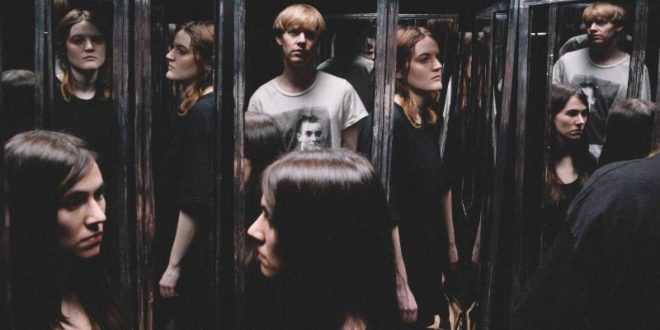 Indie rock trio TOTAL SLACKER have teamed up with Consequence of Sound to premiere “Olympus Hills“, the effervescent second single from their August 19, 2016 release Parallels.

Parallels, Total Slacker‘s first release since 2014’s Slip Away has a defined clarity that conveys an ambivalent understanding of one’s place in the world. The new track, “Olympus Hills“, which features Sunflower Bean’s Nick Kivlen, reconfirms Total Slacker‘s intentional and calculated dive into introspection. “The song “Olympus Hills” is about believing in something,” Tucker Rountree expressed to Consequence of Sound, “believing in yourself to overcome adversity. It is about turning faith into taking action at a time when you’re unsure that what you’re seeing is believing and manifesting your dreams requires a path with many challenges.

“Olympus Hills” explores what happens when a person meets those challenges in life and the reward of being human and being alive.”

Over the course of the past 6 years,Total Slacker has been a mainstay of Brooklyn’s burgeoning indie rock explosion, having played and toured with Beach Fossils, DIIV, Rick Ross, Thee Oh Sees, Speedy Ortiz, The Rapture, WAVVES, Real Estate and Best Coast. Their third LP Parallels finds Total Slacker – the conceptual vehicle for Utah-native Tucker Rountree – pushing forward into a new territory of songwriting and performance while staying true to the indie roots that made them a favorite of the slacker scene. 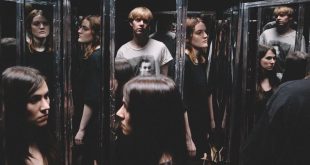